A Busy Day in Albany

On February 13th, lawmakers in the New York State Assembly had a busy day: they introduced eight bills enhancing the pension benefits of public employees and retirees. These bills would add at least $1.35 billion in costs to State and local employers. Most costly is A4890, which would increase the benefit multiplier from 1.5 percent to 2 percent of final average salary for service rendered after 30 years. The bill was introduced by Assemblymember Peter Abbate and would impose a one-time cost on the State of $1.1 billion and an additional annual contribution of 0.2 percent to cover members of the Tiers 2, 3 and 4 pension plans. The other bills, which are by no means insignificant in the additional cost burdens they would impose, are listed in the table below.

It was less than one year ago that the State Legislature acted to control skyrocketing pension costs and rationalize benefits by enacting a new pension tier for new employees. To help ensure that the savings from the new tier are not eroded by measures like these the CBC will monitor them in our 2013 Sweetener Scorecard, which will be posted in a few weeks. 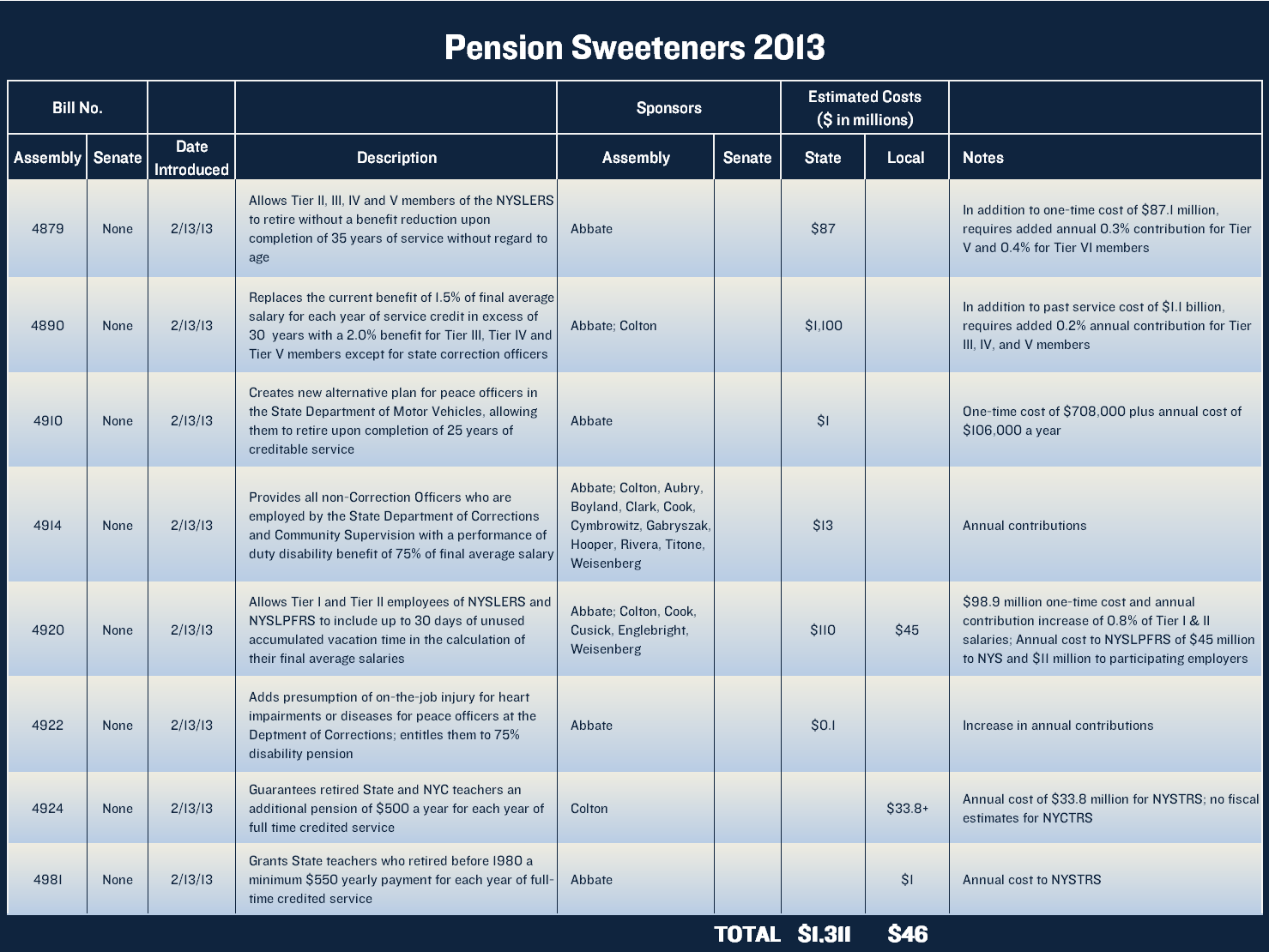