The Challenge of Producing a $2 Billion Surplus

Governor Cuomo has stated the $2 billion in tax cuts he proposed in his State of the State address on January 8 can be paid for with surplus funds that will become available in fiscal year 2016-17 if State Operating Funds disbursements can be held to an annual growth rate of no more than 2 percent and receipts grow as projected.  With school aid and Medicaid – the two largest items in the state budget – growing at annual rates at or above 4 percent under separate statutory caps, all other categories of spending, including agency operations, will face offsetting reductions to the plan if the net increase in overall state spending is to be kept to 2 percent. 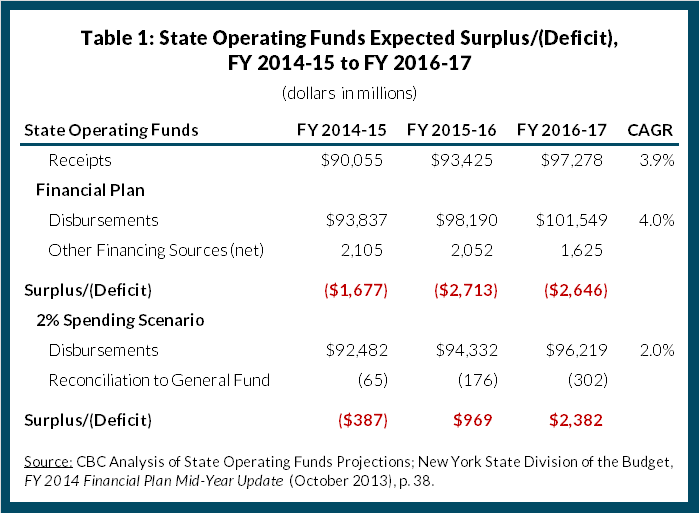 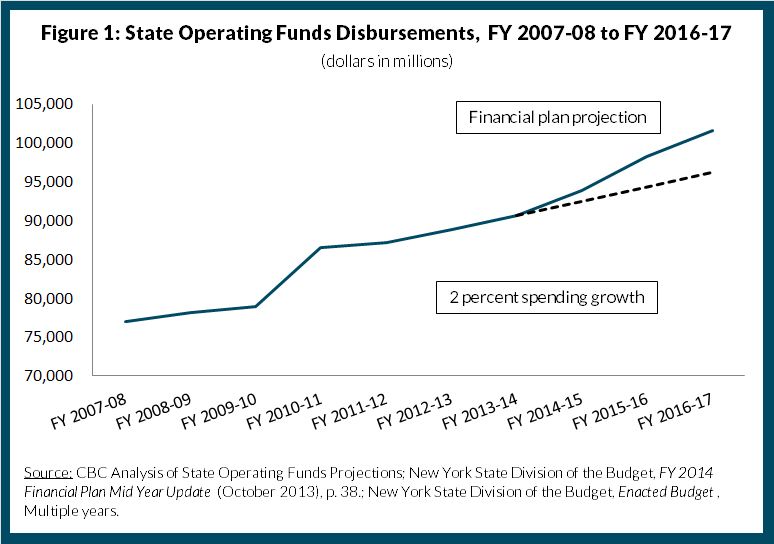 Although the change may look simple on paper, making reductions of this scale will be challenging. Medicaid and school aid comprise $36.7 billion of total State Operating Funds spending, or 40 percent. Medicaid growth, capped by statute at the medical component of the consumer price index, is projected to be 4 percent annually, accounting for $2 billion of the total projected increase over the financial plan period. Similarly, school aid, capped at the annual increase in New York’s personal income, is projected to increase from $20.5 billion to $23.6 billion, an average annual growth rate of 4.9 percent. The legislature is unlikely to set spending levels in these two large programs below what is allowable by statute, meaning all other areas of state spending will bear the brunt of the reduction needed to achieve 2 percent spending growth.

Subtracting school aid and Medicaid, all other spending could increase by just $362 million over the four-year period, or 0.2 percent annually, if the State is to meet the 2 percent spending growth goal. (See Figure 2.) 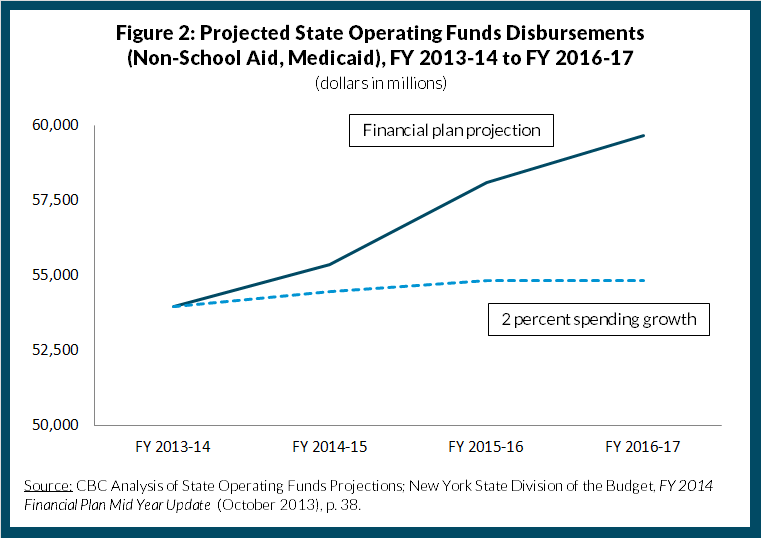 Achieving near-total cost containment across all other categories of State Operating Funds spending will be difficult. Growth in some categories, including debt service and fringe benefits, is relatively fixed, and direct state agency spending for corrections, facilities for the mentally ill and developmentally disabled, state police, and other services has been held essentially flat since fiscal year 2010-11; it will be harder to produce savings in these areas going forward. Spending expectations for all other areas of local government assistance will also need to be managed.

Spending restraint has helped New York State’s finances begin to recover from the devastating effects of the Great Recession. Keeping State Operating Funds spending growth under 2 percent will require continued discipline and serious efforts at agency reform and redesign. Amid the discussion of how to “spend” a surplus it will be a challenge to rein in the expectations of legislators and interest groups that growth in state spending is needed.

By Elizabeth Lynam and Jamison Dague