As presented, Mayor Bill de Blasio’s Executive Budget for fiscal year 2021 shows a significant 8.3 percent decrease in spending in fiscal year 2021. However, clear understanding of the trajectory of the budget requires adjustments for the timing of spending, the use of reserves, and assumed federal aid.

The adjustments reveal that the critically important component that is spending supported by City funds, which includes tax, fee, and fine revenue, is projected to grow 2.3 percent this year and 1.3 percent in fiscal year 2021. Despite the significant projected shortfall in tax revenue, using $4.0 billion in reserves and Retirement Health Benefit Trust Fund (RHBT) resources makes this possible.

The reliance on non-recurring federal aid, reserves, and Retiree Health Benefits Trust fund resources to support recurring spending contributes to the significant $5 billion fiscal year 2022 gap that ultimately will have to be addressed. 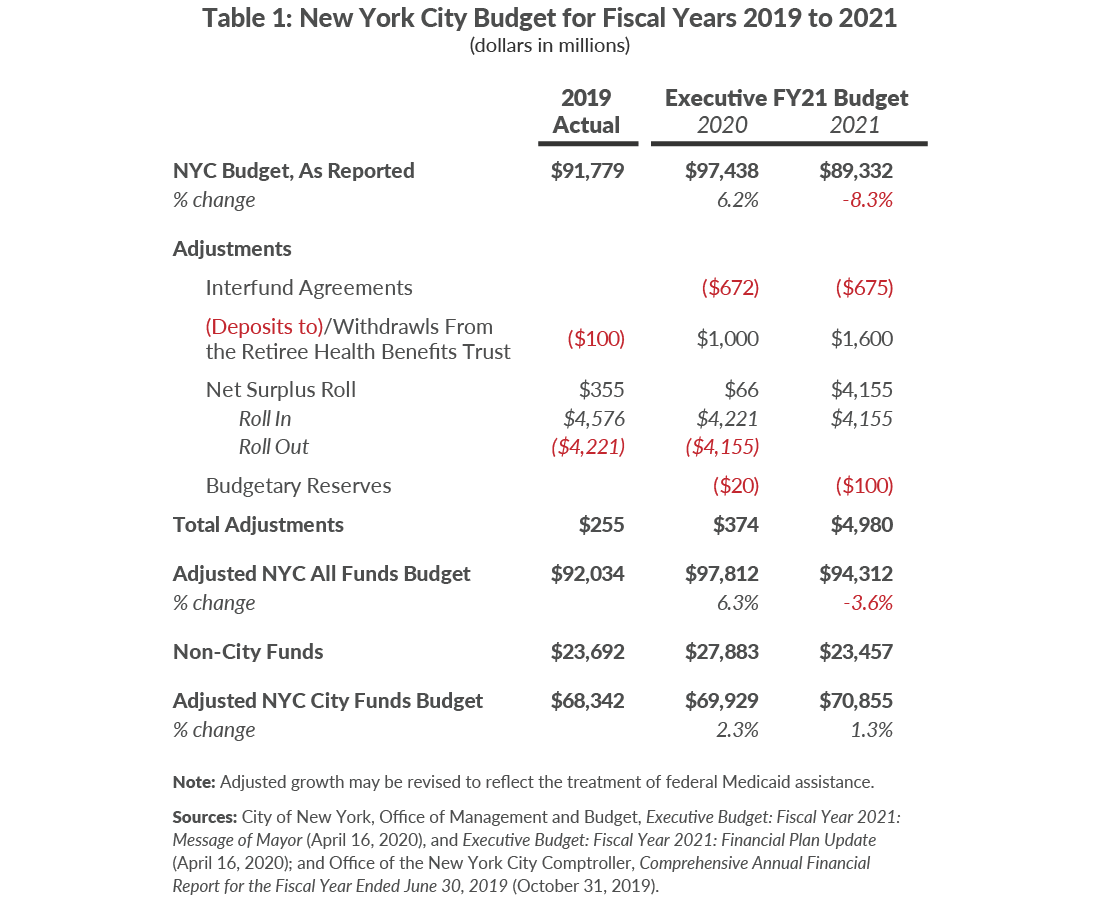 The total budget reflects not just City actions and resources, but also federal and State funding levels. An important measure to understand trends in what the City economy supports over time is the adjusted City funds budget, which removes State, federal, and other categorical aid. The adjusted City funds budget is $69.9 billion in fiscal year 2020, a 2.3 percent increase over fiscal year 2019, and is forecast to reach $70.9 billion in fiscal year 2021, a further 1.3 percent increase.

Change from the Preliminary to Executive Budget 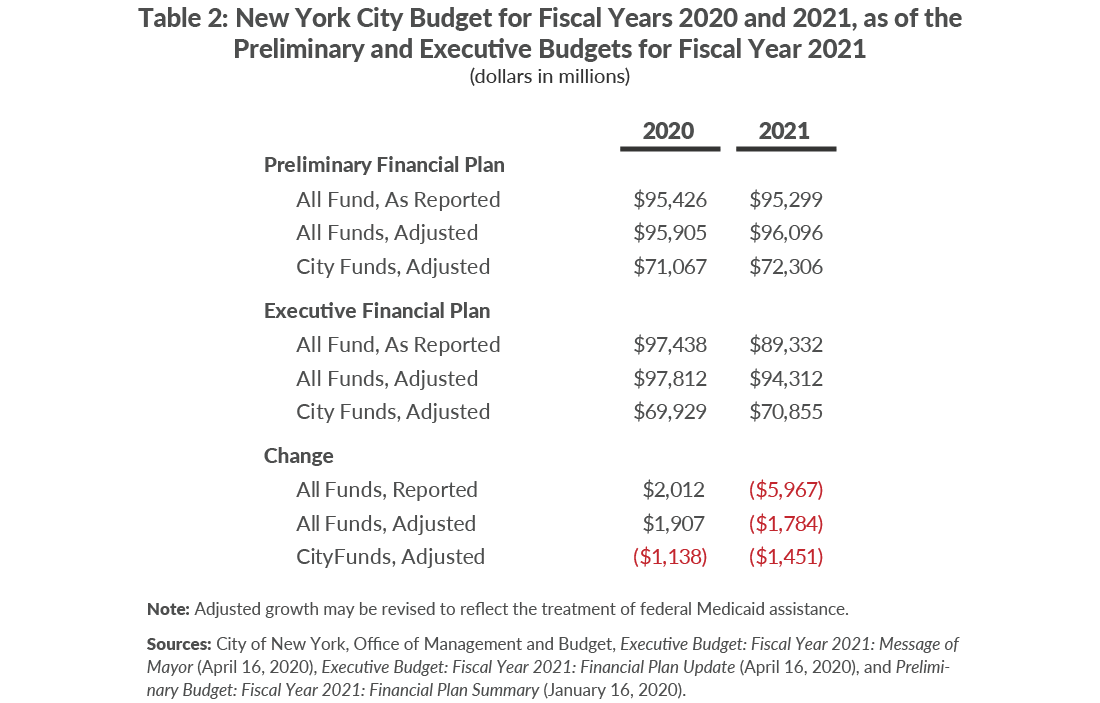 While the de Blasio Administration has implemented spending reductions, the budget is still projected to grow. The situation in fiscal year 2021 is precarious—State aid could be cut during the year, federal aid may be lower and less flexible than expected, and tax revenues could be below expectations. With just $100 million in the general reserve to hedge against those risks, additional spending cuts may be needed.

Furthermore, the City will need to address significant outyear gaps and with fewer reserves. Recessions often depress revenues over multiple years. While reserves have allowed the City to cover the shortfall this year and next, a significant fiscal challenge looms for fiscal year 2022. Most of the savings proposed in the budget do not recur and projected spending growth resumes at a faster pace. Despite an expectation that tax revenues will rebound and increase by 7.4 percent in fiscal year 2022, the City forecasts a budget gap of $5.0 billion. Gaps in fiscal years 2023 and 2024 are $4.5 billion and $4.9 billion, respectively. While the City has devised a short-term solution reliant on tapping reserves, the long-term solution to the fiscal crisis has yet to be identified.