An alarming and little known fact is that a large slice of the New York City budgetary pie does not directly support current service provision. This giant slice, dedicated to “legacy costs,” will claim almost 25 percent of the budget by fiscal year 2015 – leaving fewer dollars for other budget priorities.

“Legacy costs” are expenses that result from commitments made by policymakers in the past.  Unlike other expenses, which can be adjusted depending on necessity, priorities, and available resources, legacy costs are determined by factors that cannot be easily shaped by current policy makers.  In short, rather than paying for current operations, these costs are driven by past promises.

The rapid growth of legacy costs far outpaces that of the rest of the budget: between fiscal years 2005 and 2015, legacy costs will have more than doubled from $8.5 billion to $17.8 billon – while all other spending will have grown 31 percent. In the same period, legacy costs will grow from 16 percent to 24 percent of operating expenses; this will leave a lot less on the plate for services to residents. 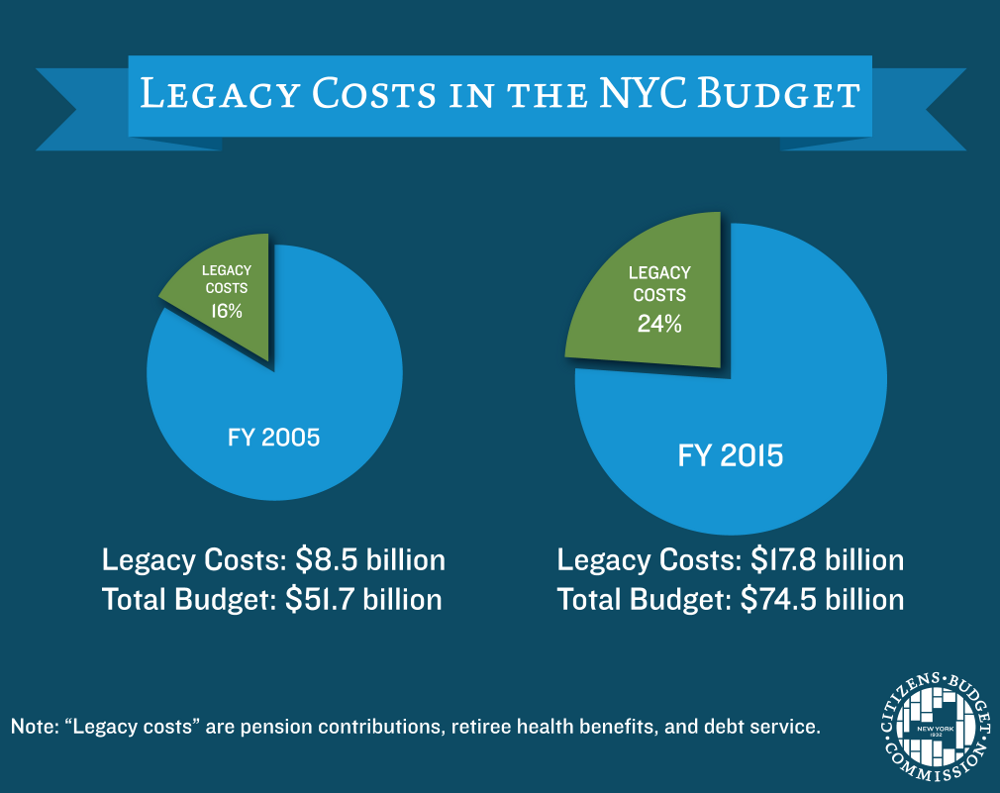