Next Steps to Address Fiscal Stress

On April 2, 2020 New York State leaders adopted a budget that took some action to ameliorate the budget gaps driven by revenue shortfalls, but deferred the hardest decisions to May, July, and January when revenue projections will become clearer. The Adopted Budget for Fiscal Year 2021 used federal aid in fiscal year 2021 to offset a portion of projected revenue shortfalls and accepted most Executive Budget proposals for Medicaid savings, but rejected or reversed some proposed reductions to spending on Medicaid and State operations. On April 25, 2020 the State released the Enacted Budget Financial Plan, which included a gap-closing plan that contained a 4.9 percent cut to State operations and an 11.5 percent cut in Aid to Localities. While specifics were not presented, such a large local aid cut would require significant additional Medicaid and school aid reductions. Applying the Citizens Budget Commission’s (CBC) Hard Choices Framework (see textbox below for a summary or click link for full text) shows the State has options that would not require such steep cuts to balance the fiscal year 2021 budget and reduce future gaps. Still, significant future gaps remain; additional federal fiscal aid can ameliorate the need for very significant future cuts.

The Hard Choices Framework identifies a range of options to balance revenues and expenditures: expenditure reductions, use of reserves, asset sales, tax increases, and borrowing. State and local leaders should choose among them based on their impacts, with the aim of minimizing harm, particularly to New Yorkers most in need, and maximizing benefit for the greatest number of New Yorkers. Two other implications should be given strong weight in these decisions. First is the impact on the long-run competitiveness of the jurisdiction as a place to live and grow a business. To the extent possible actions taken should have minimal impact on the factors that have made New York a desirable and economically competitive location. Second is the impact on future generations of New Yorkers. Actions should preserve “intergenerational equity;” future generations should not be obliged, usually through long-term borrowing, to pay for services for today’s residents. Moreover, the debt service for such borrowing constrains future resources available and makes future budget decisions harder. Wise public officials will give careful consideration to the implications of their decisions for their heirs.

The Enacted Budget Gap-Closing Plan included other savings and resources that are in line with CBC’s Framework. Prior year balances and other resources provide $900 million and $550 million to reduce the fiscal year 2021 and 2022 gaps, respectively. The federal government has committed to increased Medicaid funding of $1.5 billion, covering the period of January 1, 2020 to June 30, 2020 to be paid in state fiscal year 2021. In addition, the Gap-Closing Plan includes a 4.9 percent reduction in State operations spending, saving $525 million in personal service savings and $455 million in non-personal service spending in fiscal year 2021. This reduction can be achieved in a number of ways, including a focus on improving the efficiency of State operations and the higher education system and from extending the pay freeze for the duration of the recession, implementing a hiring freeze, or temporarily furloughing underutilized staff. Extending the pay freeze from its current end on June 30th to the end of fiscal year 2021 would reduce spending by $260 million. 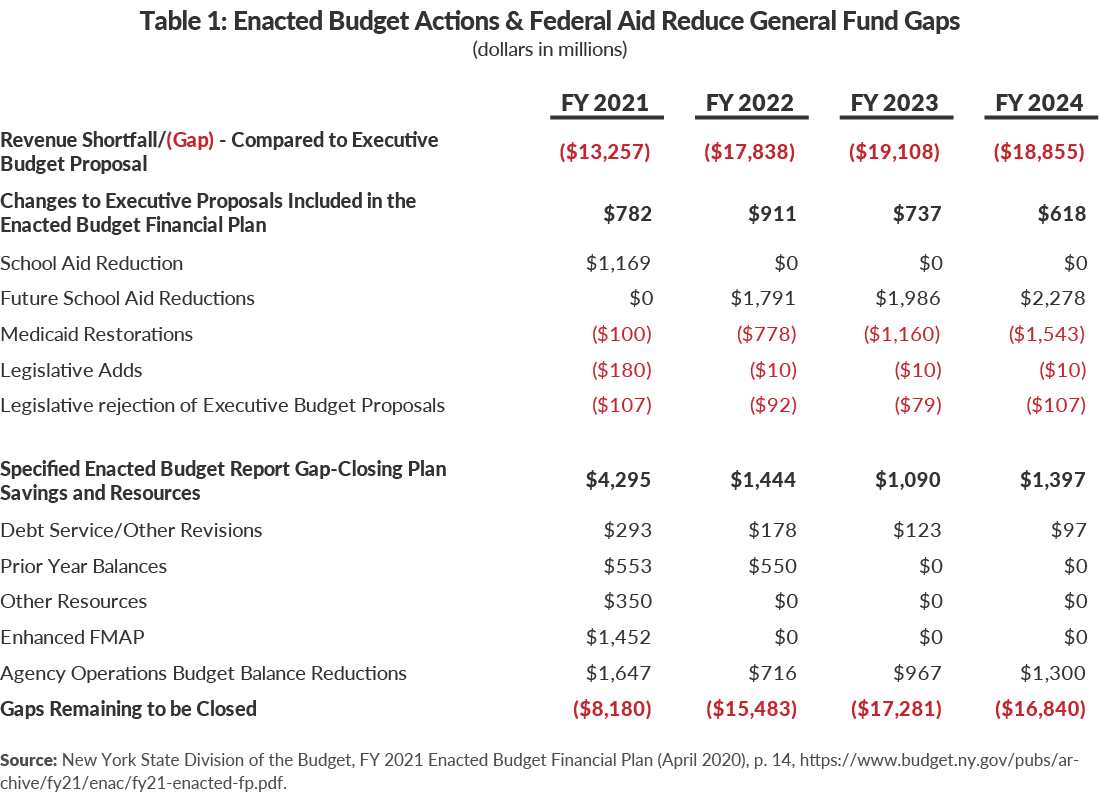 Table 2 summarizes a package of recommended actions that would close the fiscal year 2021 gap and reduce future gaps by roughly the same magnitude as the State’s Gap-Closing plan.

Modifying certain Enacted Budget actions would increase the fiscal year 2021 gap by $560 million, but reduce the following years’ gaps by $1.2 billion, $1.6 billion, and $1.7 billion in fiscal years 2022, 2023, and 2024, respectively. First, Medicaid Redesign Team efforts should continue in order to find additional savings starting in fiscal year 2022. Given the size and recent growth of the Medicaid program, the State should be able to find savings in line with Executive Budget projections, which would still allow the state’s share of Medicaid to grow more than 4 percent annually.

Second, Executive Budget proposals to increase the fee for Certificate of Need applications that are assessed on health-care facilities construction projects, eliminate video lottery terminal (VLT) aid for cities other than Yonkers, and eliminate certain quick draw restrictions should be accepted to increase revenues between $79 million and $107 million annually.

Considering alternative available resources, a local aid decrease of $800 million should be sufficient – rather than the $8 billion presented in the Gap-Closing plan. In fiscal year 2021, the presence of additional federal aid allowed the State to hold school aid steady while reducing state costs by $1.2 billion. However, given the enormity of the State’s fiscal woes and amount of State aid going to wealthy districts, the State can reduce school aid by $800 million in the current year without undermining districts’ ability to fund a constitutionally guaranteed SBE if the distribution of cuts is based on district need. This follows CBC’s Framework by reducing funds serving lower priority needs (funding to districts that spend well in excess of an SBE) and shifting the burden to districts that can afford to pay for additional services if they choose.

In addition, prioritizing essential projects should allow an additional 10 percent reduction in capital spending, reducing annual debt service by $36 million to $132 million annually during the plan period. Using debt to finance the remaining 90 percent of capital projects now funded on a pay-as-you-go (paygo) basis would save a net $3.2 billion in fiscal year 2021, decreasing to $2.1 billion in fiscal year 2024. The tax revenues or legal settlement funds used now to fund these capital projects could instead be used to close budget gaps and preserve intergenerational equity by funding investments over the useful life of the project. Continuing to fund 10 percent of capital projects with paygo capital leaves room for the State to determine on a project-by-project basis if using cash is still preferable over issuing debt due to specific circumstances, such as taxability of debt issued for certain projects.

Tax increases deserve a high level of scrutiny due to their potential impact both on competitiveness and in the current economic environment. Nevertheless, the State should consider two temporary policy changes. First, the State should freeze the implementation of middle class tax cuts at the calendar year 2020 rate. Taxpayers will still get the benefit of this year’s rate reduction but would not get the cut that was scheduled to take effect January 1, 2021.

Additional resources can be generated by expanding the sales tax base, either by temporarily suspending the sales tax exemption on clothing items costing less than $110 or alternatives that would modernize the tax to better align with the evolution of consumption from goods to services. The clothing exemption provides some benefits to low-income households, but a temporary suspension would be widely shared and help the State avoid cutting needed services. This would generate $774 million in additional resources in fiscal year 2021, growing to $2.0 billion in fiscal year 2024. Alternatively, the State could expand the sales tax base to include services largely enjoyed by middle- and high income households, such as cosmetology services, entertainment, and/or professional services.

The State also reasonably can assume it will receive enhanced Medicaid funding through the third quarter of 2020. Pursuant to current federal law, the enhanced aid is extended quarterly as the public health emergency is extended. If the health emergency extends beyond June 30, which appears likely based on continued new Covid-19 infections, the additional aid will be in place for all of the third quarter of 2020.

The State also should identify assets that can be sold with minimal adverse impacts for a target of $1.0 billion in fiscal year 2022 and in fiscal year 2023. The State has closed a number of prisons and is intending to close up to three more. Likewise, the State has significant real estate holdings, including golf courses on highly sought-after property.

New York State has requested $61 billion in additional federal aid beyond what is needed to respond to the pandemic.1 The United States House of Representatives passed the “Health and Economic Recovery Omnibus Emergency Solutions (HEROES) Act,” which, while unlikely to be enacted into law in its current form, would provide $500 billion in direct aid to states. Based on what the State received in the most recent recession, Table 3 shows the impact of the State receiving an additional $10 billion over 2 fiscal years to illustrate both the benefit and the significant gaps remaining.2

It is reasonable to assume fiscal year 2021 supplemental federal school aid will be made available in fiscal year 2022 and increased Medicaid support will extend beyond September 2020 through June 2021 given the expected extended impact of the recession. Similar aid was made available for two fiscal years after the Great Recession of 2008. A larger uncertainty is the potential for unrestricted federal aid. While the HEROES Act suggests much greater aid is possible, for illustrative purposes the table below assumes an additional $6.6 billion in other general aid.

By applying the CBC Hard Choices Framework to the State’s current financial plan, State leaders can balance this year’s budget without requiring extremely deep cuts to Medicaid, school aid, or other forms of local assistance. An additional $10 billion in aid would substantially help the State in the near and mid-term, but by no means would address the problems caused by the crisis. Absent significantly more federal aid, New York State would need to make additional hard choices that would affect New Yorkers now and in the future. Furthermore, this is premised on the assumption that the economic forecast holds, which may be optimistic based on recent economic reports and the challenges of reopening the economy.3

By David Friedfel and Charles Brecher