CBC previously documented the high taxpayer cost of NYC Ferry. Based on recently released financial data for fiscal year 2019, NYC Ferry’s per-ride subsidy declined from $10.73 to $9.34 because its revenue grew faster than reported operating costs.1 Nevertheless, the subsidy remains high—almost 10 times that of New York City Transit subways and buses—and is primarily due to a flat fare pegged to the price of a single subway or bus ride. NYC Ferry recouped just 24 percent of its operating costs through fare revenue in 2019, up just 2 percentage points from 2018; that ratio is still among the lowest of all transit systems in New York City.

NYC Ferry’s subsidy also compares unfavorably to other large public ferry systems in the United States. Table 1 compares NYC Ferry’s ridership, expenses, and revenue in 2019 to the country’s seven largest public ferry systems, plus the Staten Island Ferry, in 2017, the most recent year for which data are available. The seven systems were selected because they transport at least 1 million riders annually.

NYC Ferry is the third largest ferry system in the country by ridership, behind only the Staten Island Ferry and Washington State Ferries. Among the largest public ferry systems, NYC Ferry’s $9.34 per-trip subsidy is the second highest and its 24 percent recovery ratio is the second lowest. Only the New Orleans Ferry, with a per-trip subsidy of $9.88 and a 14 percent recovery ratio in 2017, is worse. The other five systems required subsidies of less than $5 per trip and recouped at least 61 percent of expenses through operating revenue. The two Massachusetts ferry systems even generated operating surpluses. 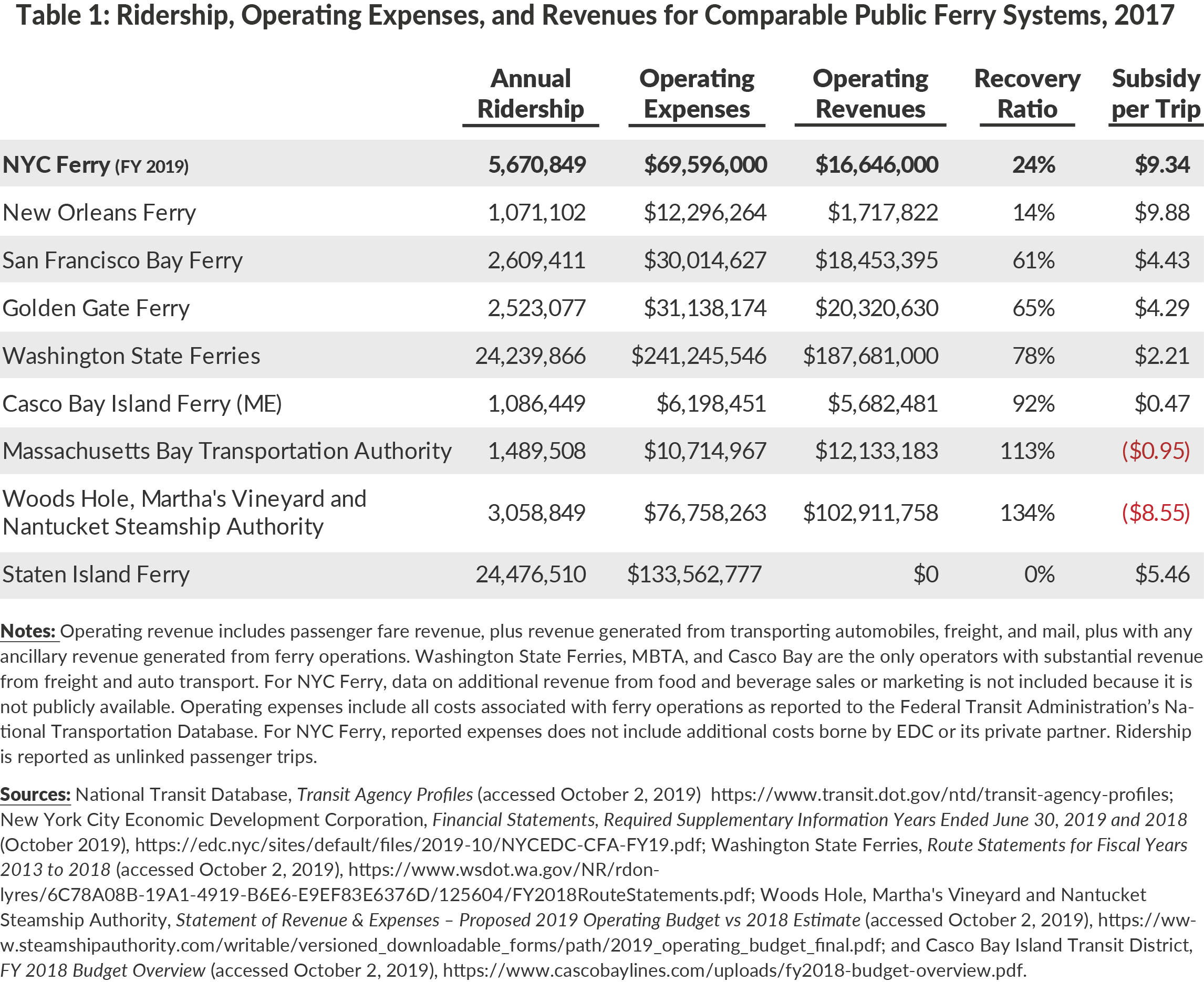 NYC Ferry’s flat $2.75 fare is a primary driver of its comparatively high subsidy. On most public ferry systems, fares vary by route and are more in line with their operating costs.2 (See Table 2.) Long routes and routes with lower ridership typically command higher fares. New Orleans is the sole exception; due to its flat $2 fare, New Orleans Ferry has lower revenue per trip and a lower recovery ratio than NYC Ferry. The other ferry systems earn between $5 and $8 per trip, while the Nantucket/Martha’s Vineyard ferry earns more $33 per trip because it levies additional charges for vehicle transport.

The high cost of NYC Ferry—both in per-trip subsidy and relative to other public ferry systems—should prompt reconsideration of the operating strategy and pricing model. 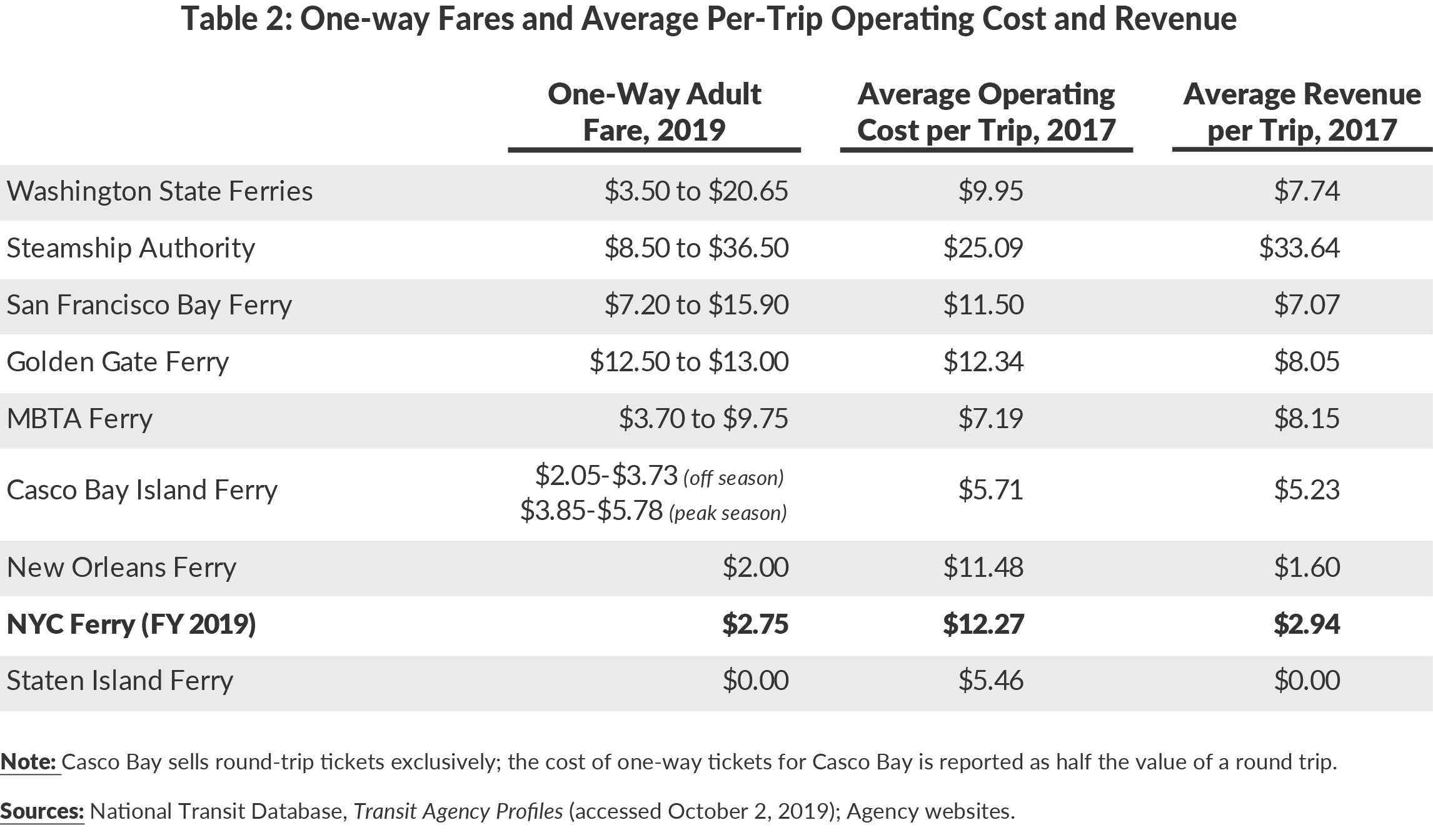