The Citizens Budget Commission (CBC) enlisted the National Research Center (NRC) to conduct a citywide resident survey in January 2017 to gauge satisfaction with municipal services and quality of life in New York City. This is the third report of those results.

In addition to rating specific services and quality of life indicators, survey recipients were asked to identify up to three important issues they believed required more attention from New York City government. Of the 9,873 survey participants, 8,203 responded with at least one issue; a total of 20,599 issues were named. These responses were coded into the broad categories.

Citywide, the three most pressing issues identified were infrastructure, safety/crime, and housing issues, with each issue named by approximately 29 percent of respondents. Infrastructure included responses calling for improvements to roads, bridges, public transportation, and local facilities. Safety/crime included issues related to crime, such as guns or gangs, or feelings of safety (but did not include police-community relations). Housing issues ranged from need for affordable housing, issues with landlords and/or Section 8 vouchers, building permits for new construction, and other issues related to development and gentrification.

Other priorities cited include traffic in Staten Island (38 percent), schools and education in the Bronx (23 percent), and homelessness in Manhattan (27 percent). Traffic concerns included traffic, ease of travel and mobility throughout the city, and parking regulations and enforcement. Schools and education included improving schools and afterschool programs, as well as school buildings and facilities. Homelessness included calls for more services, as well as greater enforcement against loitering. 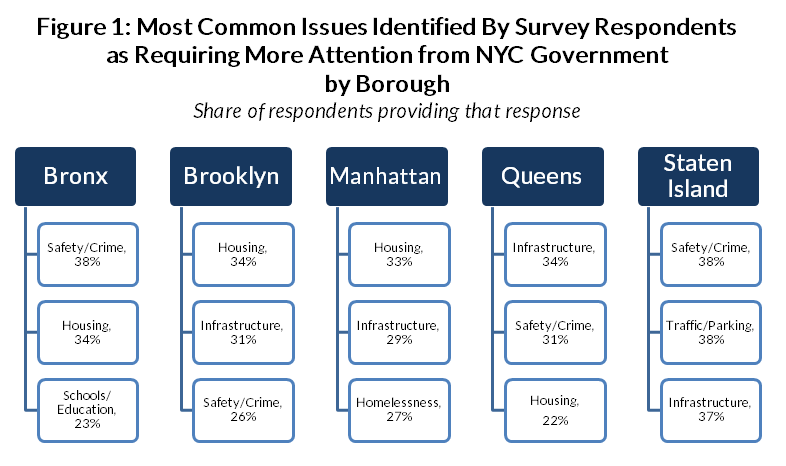 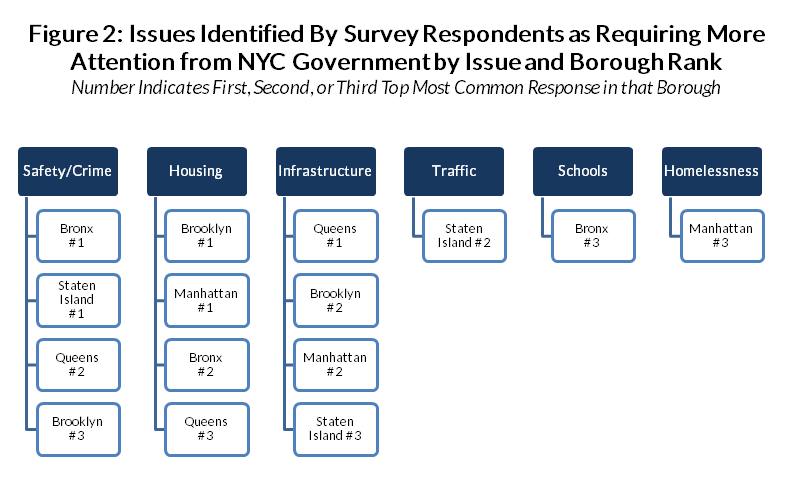 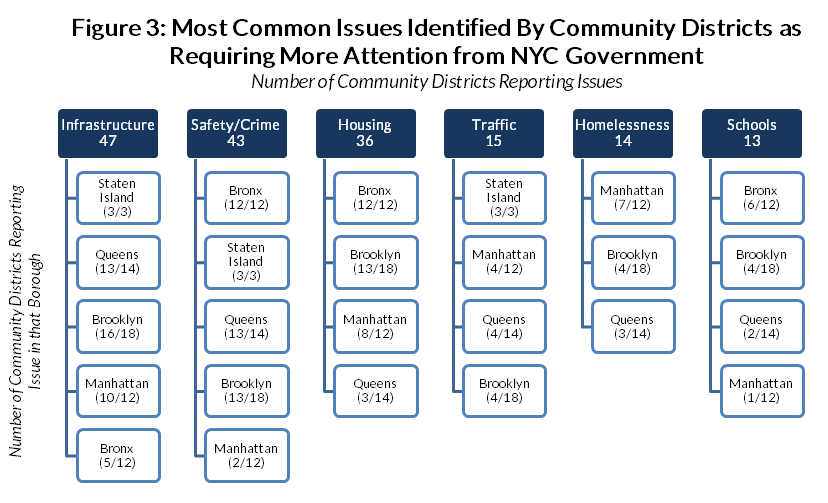 Top Issues in the Bronx