How NYCHA Can Maximize the Value of Infill Development

In July the New York City Housing Authority (NYCHA) announced that its public housing needs nearly $32 billion in repairs over the next five years–a staggering $180,000 per unit on average. As a result NYCHA is enhancing its efforts to raise revenue through a range of strategies, including leveraging its most valuable resources: land and air rights.

“Infill development” is one of NYCHA’s most promising–but also most-controversial–revenue-raising strategies. NYCHA partners with a private developer to build a new building on a portion of an existing NYCHA development. In exchange for the right to build, the developer agrees to make an upfront payment to NYCHA, which in turn uses the funding to pay for much-needed repairs at the development and, in some cases, at other developments, too.

NYCHA controls a significant amount of unused development rights because NYCHA properties are smaller than what could be built at those locations today under the City’s zoning code. Many NYCHA developments were built as part of so-called super blocks, with buildings set back from the street in campuses that span multiple city blocks. 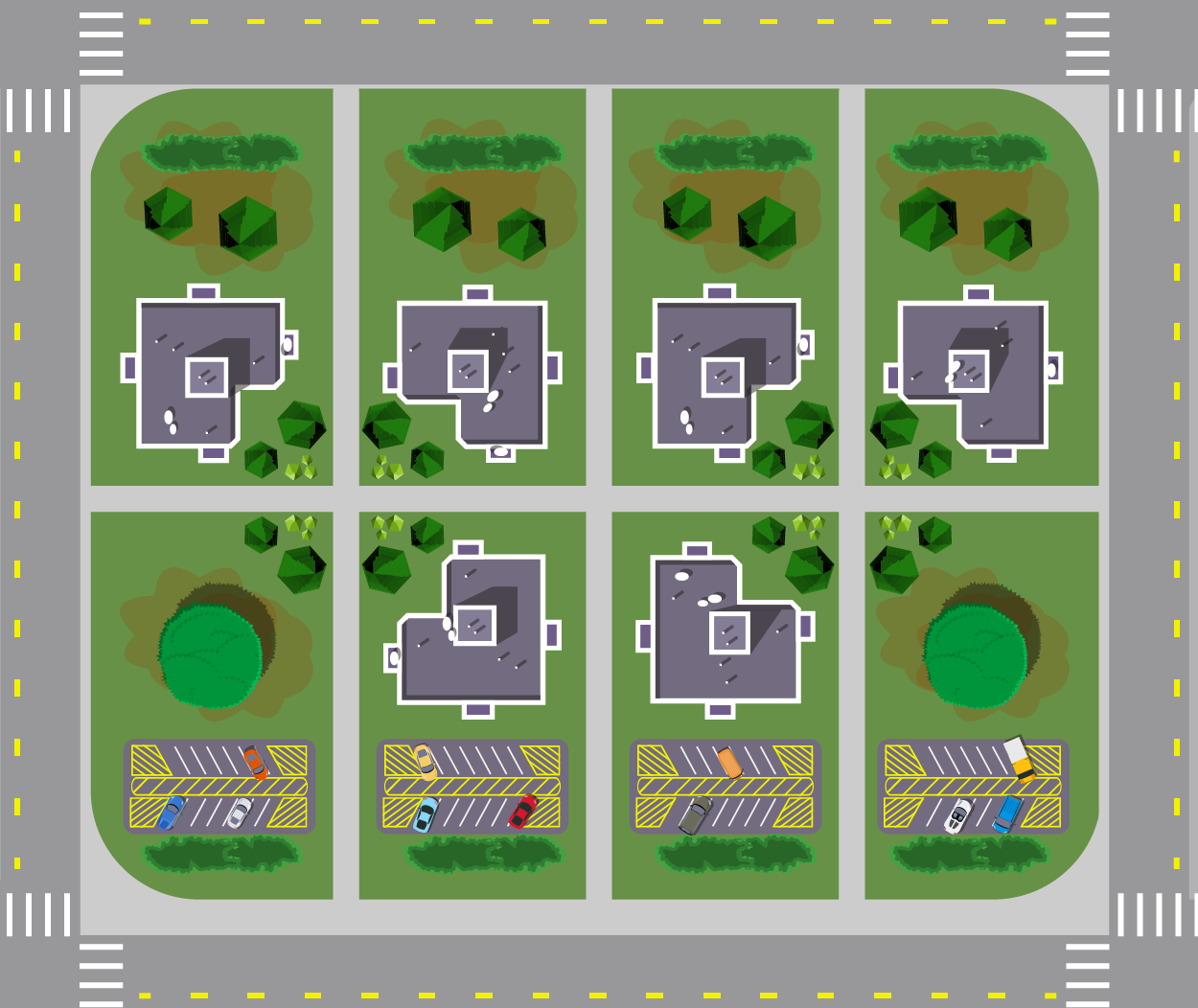 Between buildings lies a variety of open spaces, including playgrounds, open fields, and parking lots. Some open spaces are heavily utilized by NYCHA residents, but many others, particularly parking lots, are not. These underutilized parcels are potential development sites. In total NYCHA developments could accommodate an additional 58 million square feet of new development–the equivalent of more than 20 Empire State Buildings.1 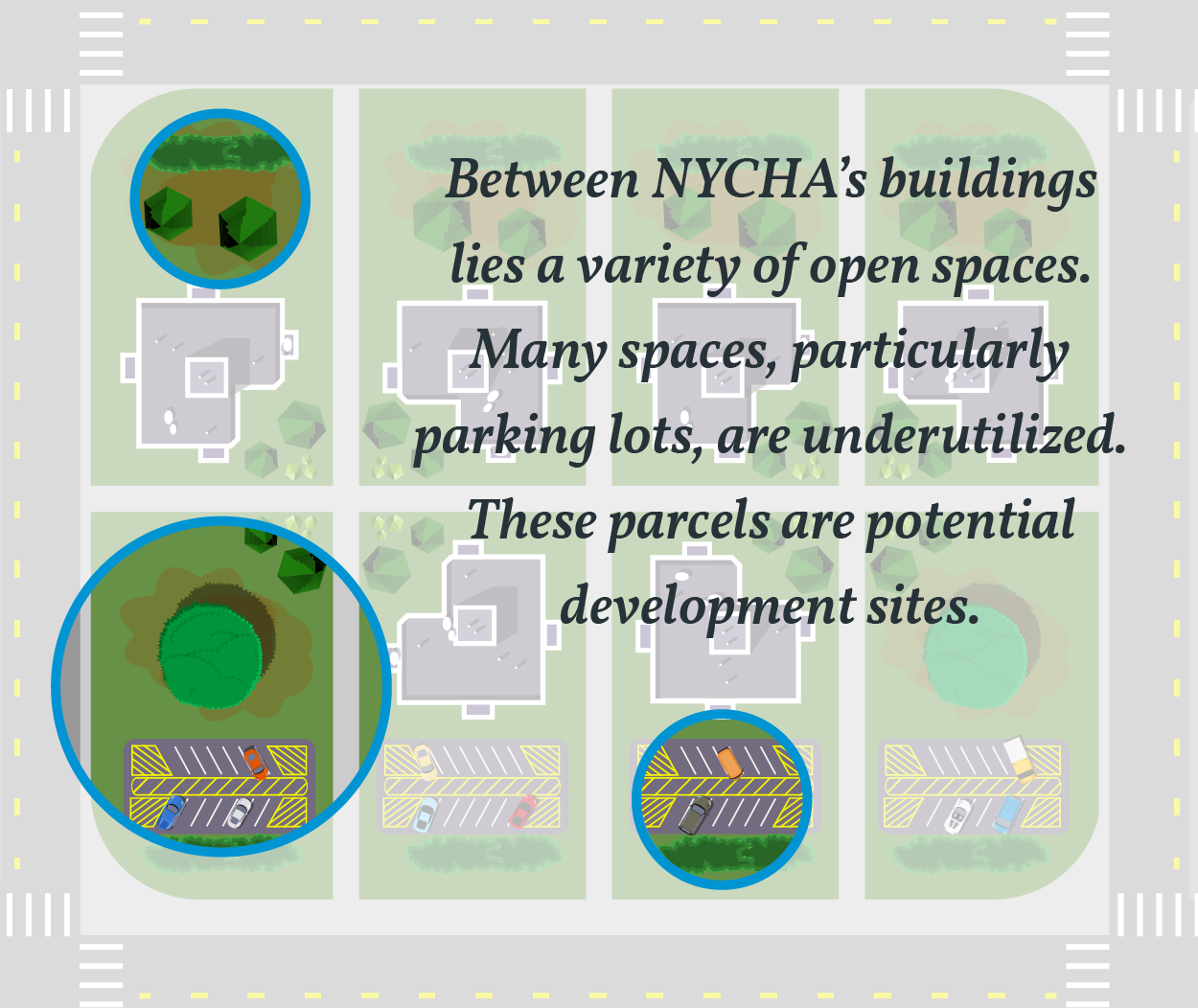 The value of these unused development rights varies widely based on two factors: location and the type of housing erected. 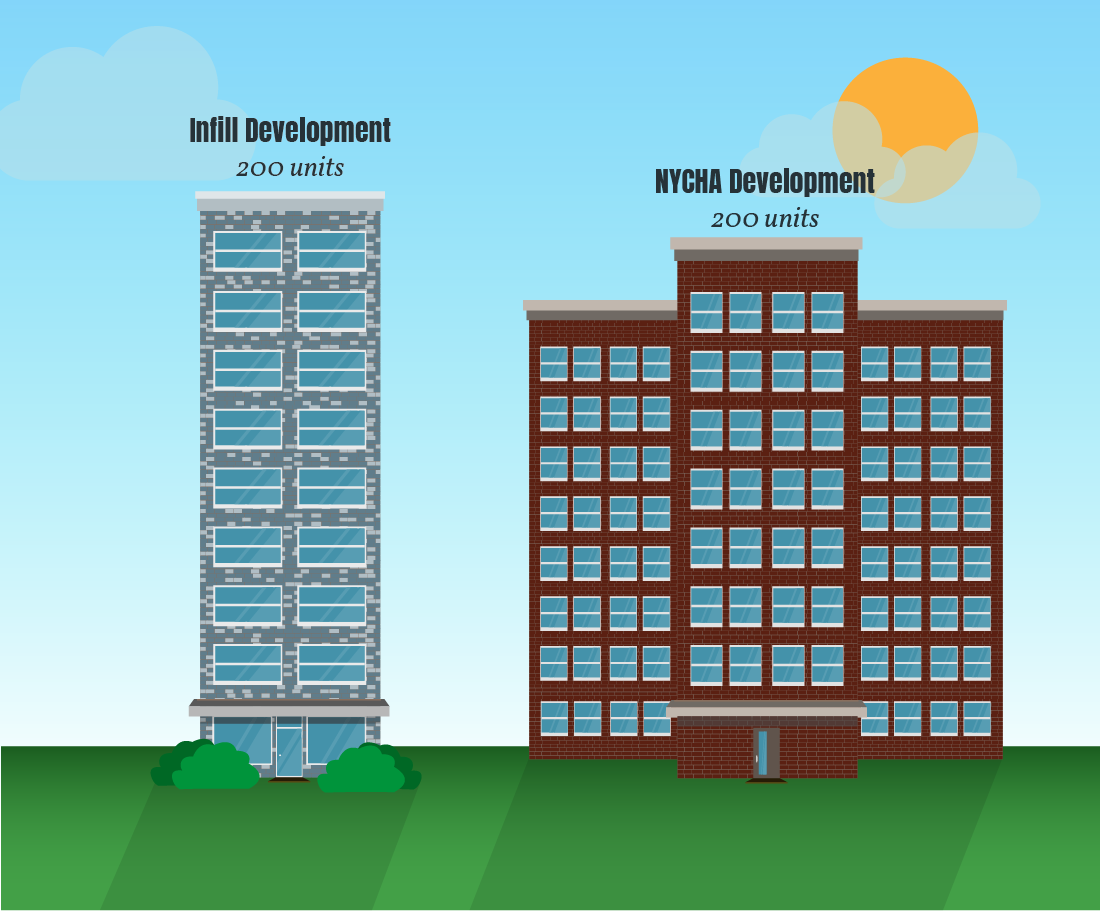 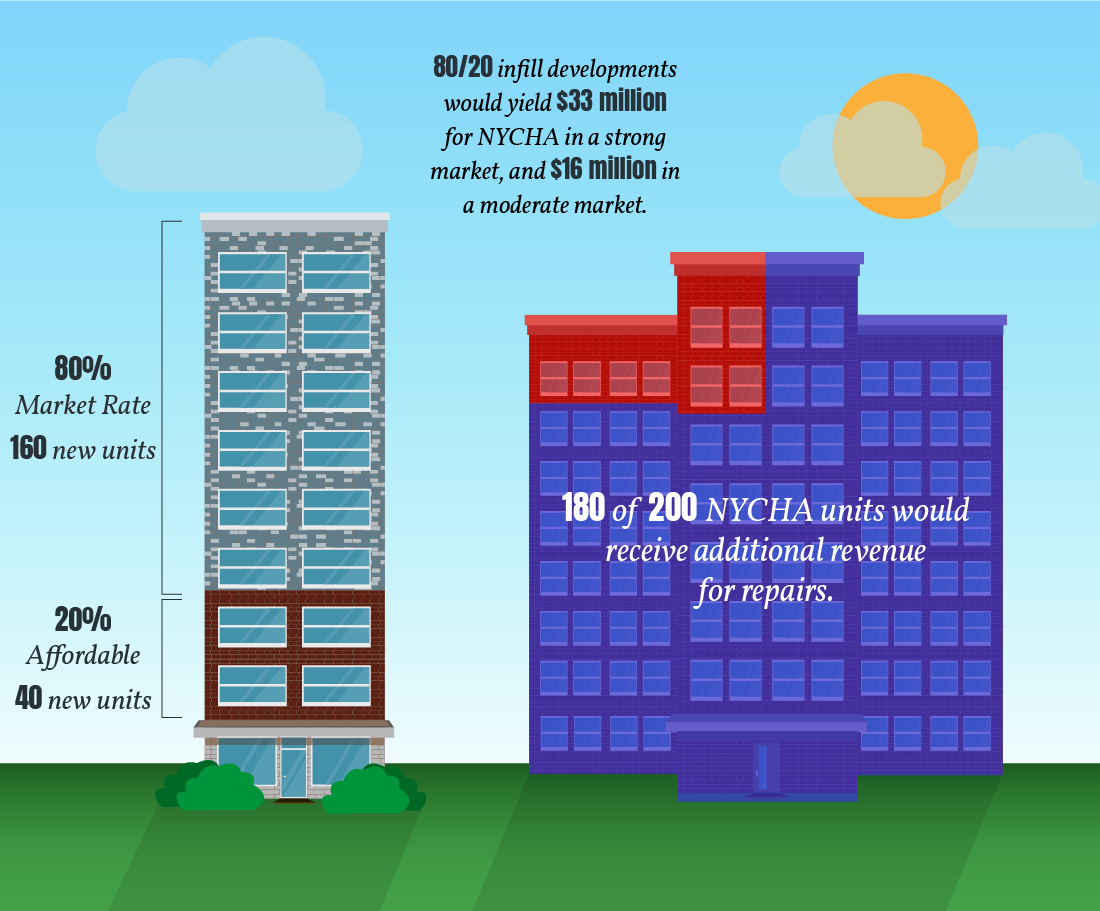 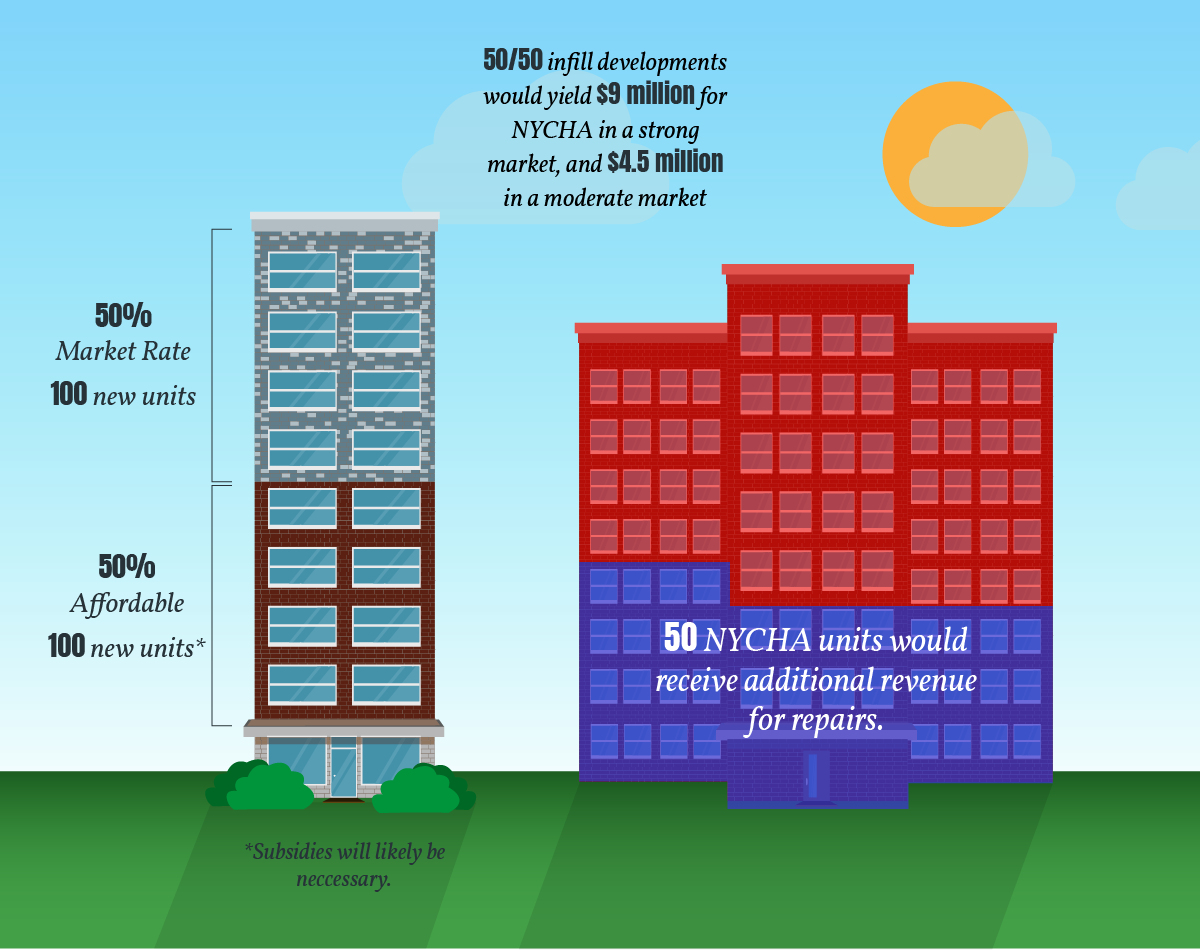 A similar story occurs in the moderate markets. The 80/20 option would yield $16 million for repairs–enough to fix 88 NYCHA units–while the 50/50 and 100 percent affordable options would generate minimal revenue for repairs. The 80/20 option limits the amount of public subsidy needed and produces the greatest number of units overall. 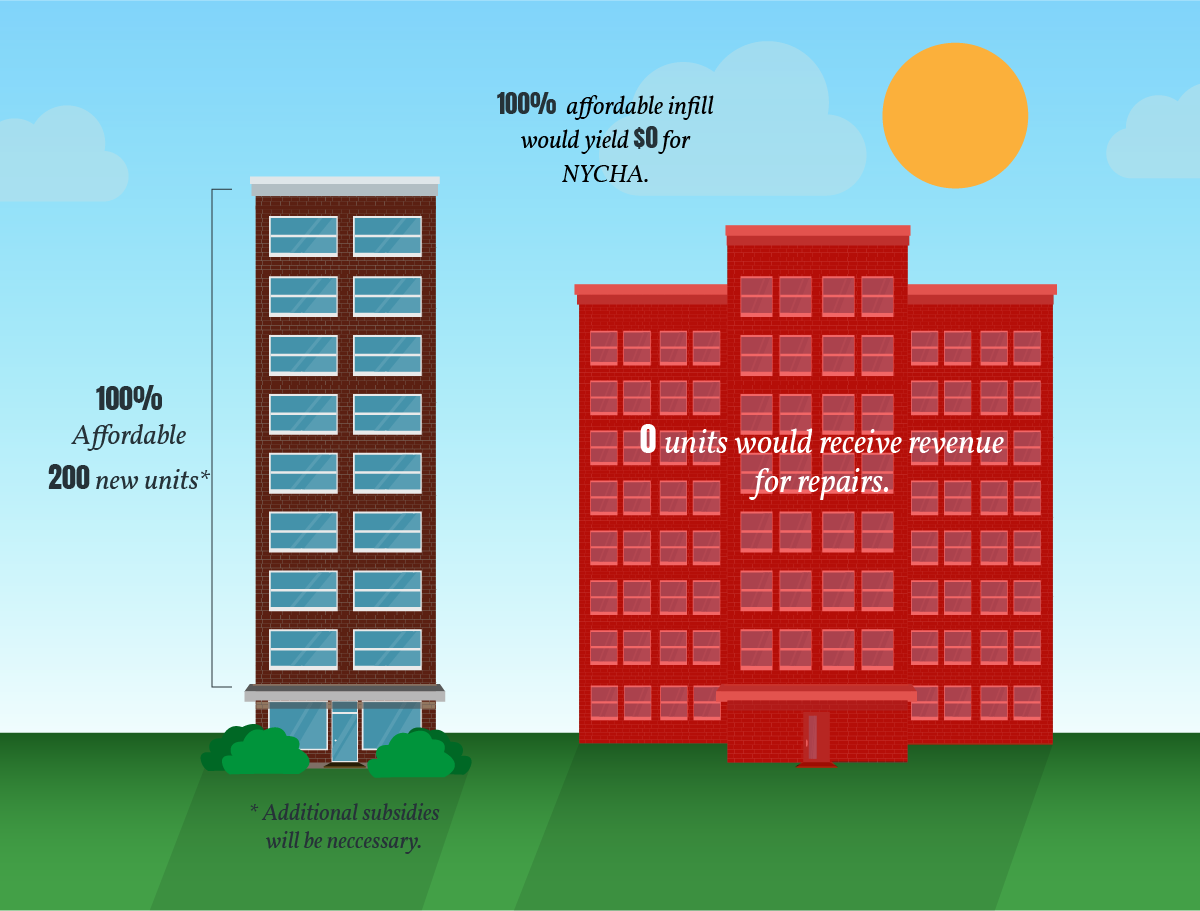