With the announcement Wednesday that the fiscal year 2016 budget will include a $1.7 billion circuit breaker program designed to provide tax relief, it is clear that large new programs will be under consideration by the legislature again this year. But as was the case last year, talk of “spending” a surplus is premature. 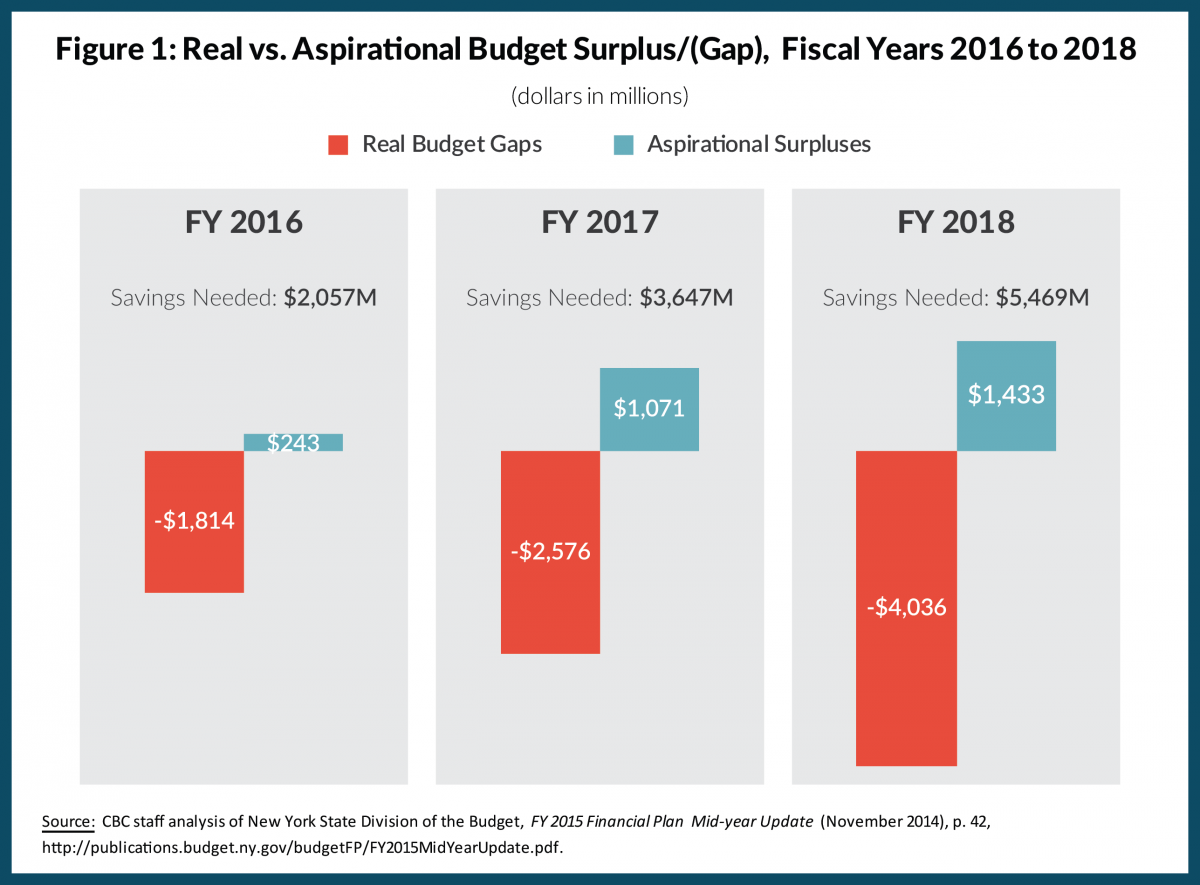 Key challenges to keeping state spending growth to 2 percent continue to be the accommodation of projected increases in the two largest parts of the budget—school aid and Medicaid—and growth in other hard-to-control areas such as pensions and debt service. Although school aid is statutorily capped at the annual growth rate of personal income, the projected increase for next fiscal year is a much larger 7.5 percent. The high growth is the result of two factors: 1) two consecutive years in which the legislature adopted school aid increases exceeding the statutory cap; and 2) the delay of school aid payments into the first quarter of the next fiscal year (April to June), which is the last quarter of the school year, to maintain overall budget growth of 2 percent in prior years. Increases in projected Medicaid spending are tied to the medical component of the inflation index and have been falling because of recent years of low growth in national healthcare costs. Medicaid growth is projected to be 3.6 percent in the next fiscal year. State spending on debt service and pension contributions will also likely exceed the 2 percent target. Such spending largely funds commitments from prior years and is difficult to change significantly in the near term.

Together, school aid, Medicaid, debt service and pension contributions, which make up 50 percent of the budget, are projected to increase by 6.0 percent, 5.6 percent, and 4.8 percent in fiscal years 2016, 2017, and 2018, respectively. If these projected increases do not change, meeting the 2 percent overall spending cap would require cuts of 2.1 percent, or about $950 million, to all other spending in fiscal year 2016. Necessary future year cuts would be 1.9 percent, or $845 million, in fiscal year 2017, and 1.3 percent, or $580 million, in fiscal year 2018. Other state spending includes various forms of local assistance, such as transportation and social assistance, as well as operating costs for state-run prisons, universities, and medical facilities. Year-over-year reductions would have implications for services in those areas. (See Figure 2.) 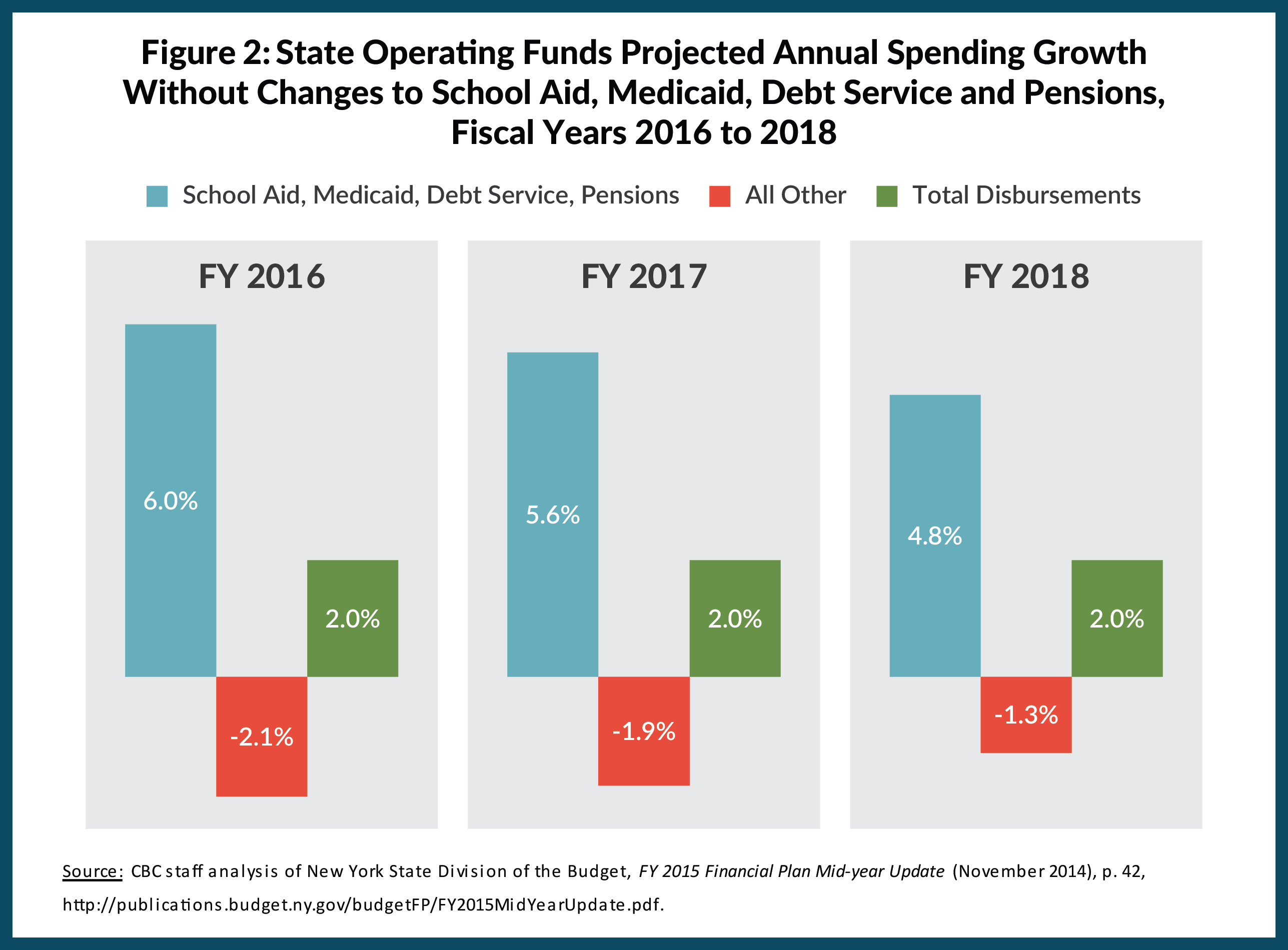 Despite reported surpluses, under current projections, New York’s real baseline financial plan includes budget gaps expected to exceed $4 billion in two years. Savings in every area should be under consideration before new commitments are made.

[1]Under baseline assumptions, state spending is projected to increase 4.2 percent in fiscal year 2016, creating a budget gap of $1.8 billion. Meeting the 2 percent spending growth target will require spending reductions of $2.1 billion, which would produce a surplus of $243 million.