On June 20 the New York State Department of Financial Services announced a settlement with Deutsche Bank for $205 million.1 This adds to an extraordinary amount of money–more than $11 billion –in litigation settlements received by New York State since fiscal year 2014-2015. Nearly all of these funds have been allocated by State leaders; some of the uses have more merit than others, but one major shortcoming is that none of the funds were allocated to boosting reserves.2 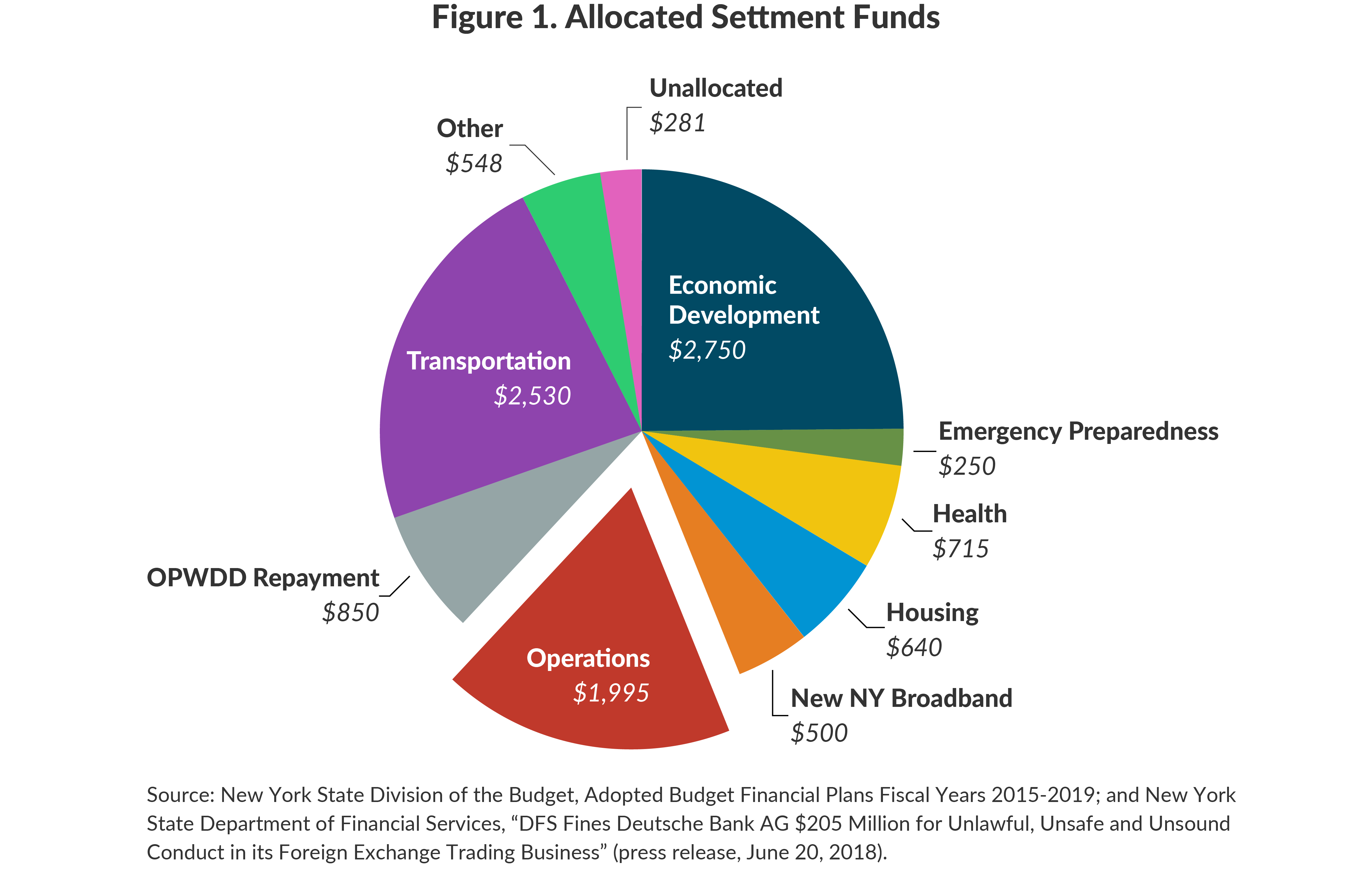 Almost two-thirds of the funds have been allocated to three areas: economic development ($2.8 billion), transportation ($2.5 billion), and operations ($2 billion). Two of these uses are particularly troubling. First, as CBC has documented, the State has a poor record on economic development spending efficacy and disclosure—yet this has not stopped State leaders from creating new programs and expanding old ones. For example, in 2015 $1.5 billion in settlement funds were allocated to the Upstate Revitalization Initiative, which awarded $500 million each to three Regional Economic Development Councils with little accountability, use-criteria, or public disclosure.3

Second, the State has become increasingly reliant on settlement dollars to fill its operating budget gaps; in the fiscal year 2019 budget, $652 million was used to close the gap, well above the $100-$200 million annually the State received and used in prior budgets.4

Other notable allocations of the funds include repayment of $850 million in one-time expenses by the Office for People with Development Disabilities (OPWDD), a $1.1 billion allocation to the Thruway Authority for the new Governor Mario M. Cuomo Bridge, and $640 million toward expanding housing programs.5

Fortunately, the State has not yet spent all the funds it has allocated; at the end of fiscal year 2018, about $5 billion in settlement funds remained unused, including $1.3 billion for the Upstate Revitalization Initiative and $386 million of $400 million allocated to the second phase of the Buffalo Billion.7   Where practical these funds should be reappropriated to the State’s reserves. At a minimum, the recently realized $205 million, and $76 million that remains unallocated, should be deposited directly into the State’s rainy day fund.