CBC’s August 2017 blogpost Overboard on OT cautioned the City’s uniformed overtime caps would likely be unsuccessful unless coupled with workforce and work rule changes that would need to be negotiated with the municipal unions.1 Since then the Fire Department (FDNY) and Department of Correction (DOC) have both exceeded their fiscal year 2018 caps. It is now even clearer that substantive changes are needed to get uniformed overtime under control. 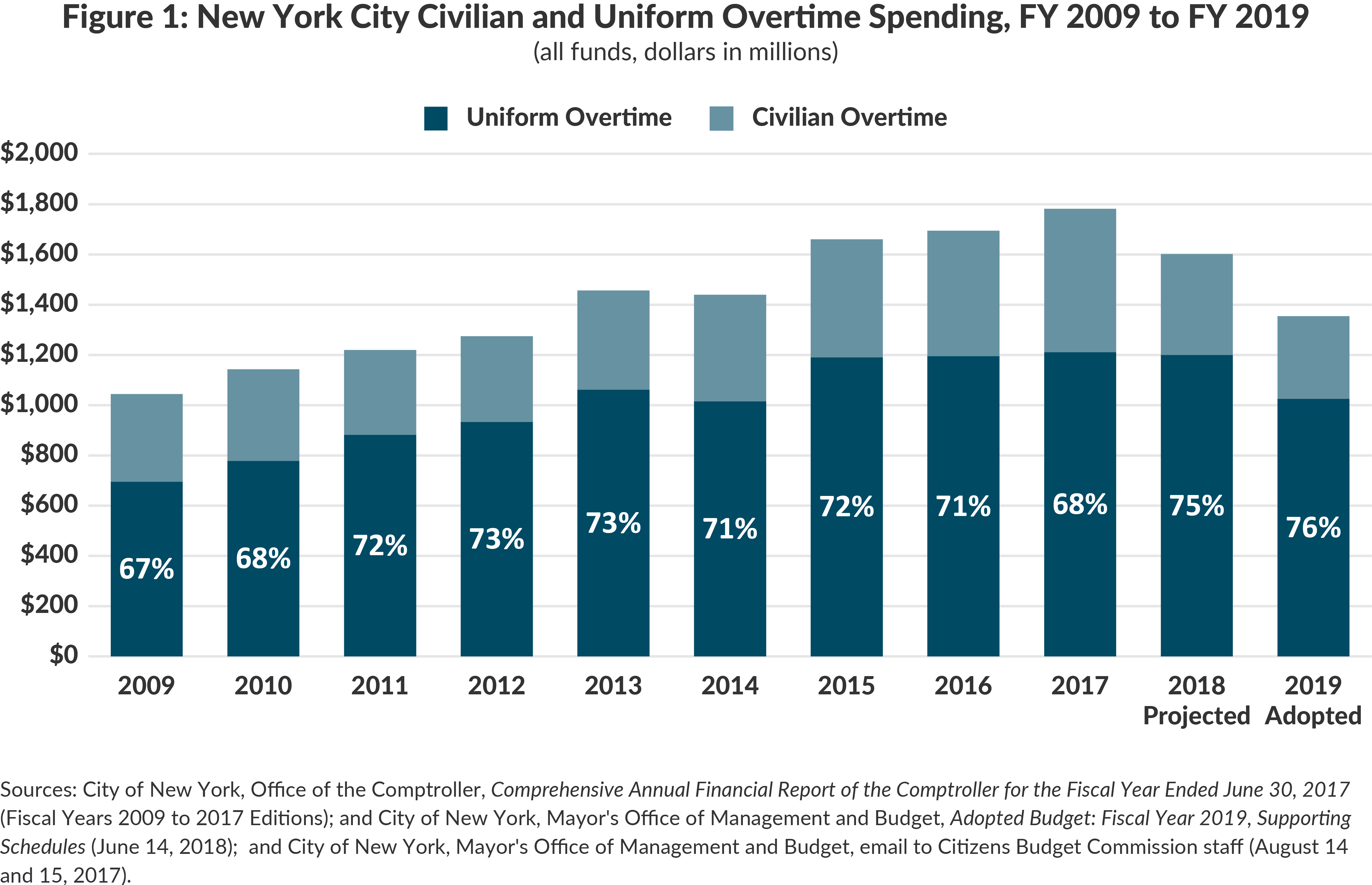 In order to control this spending a cap on City-funded uniformed overtime was imposed at the Police Department (NYPD) in fiscal year 2016.3  Caps were later imposed at the FDNY and DOC beginning in fiscal year 2018.  The Department of Sanitation (DSNY) does not have a cap because fluctuations in its overtime spending are largely a function of the number of storms and inches of snowfall.

After the cap was increased to account for raises for police officers, NYPD stayed below its cap in fiscal years 2016 and 2017 and the Mayor’s Office of Management and Budget (OMB) projects uniform overtime will be below the 2018 cap of $506 million.4 However, while the FDNY and DOC are spending less on uniformed overtime in fiscal year 2018 than in 2017, both departments are expected to exceed their caps. Accordingly, the City increased the FDNY and DOC uniformed overtime budgets by $59 million for fiscal year 2018 in the Fiscal Year 2019 Executive Budget. (See Table 1.) 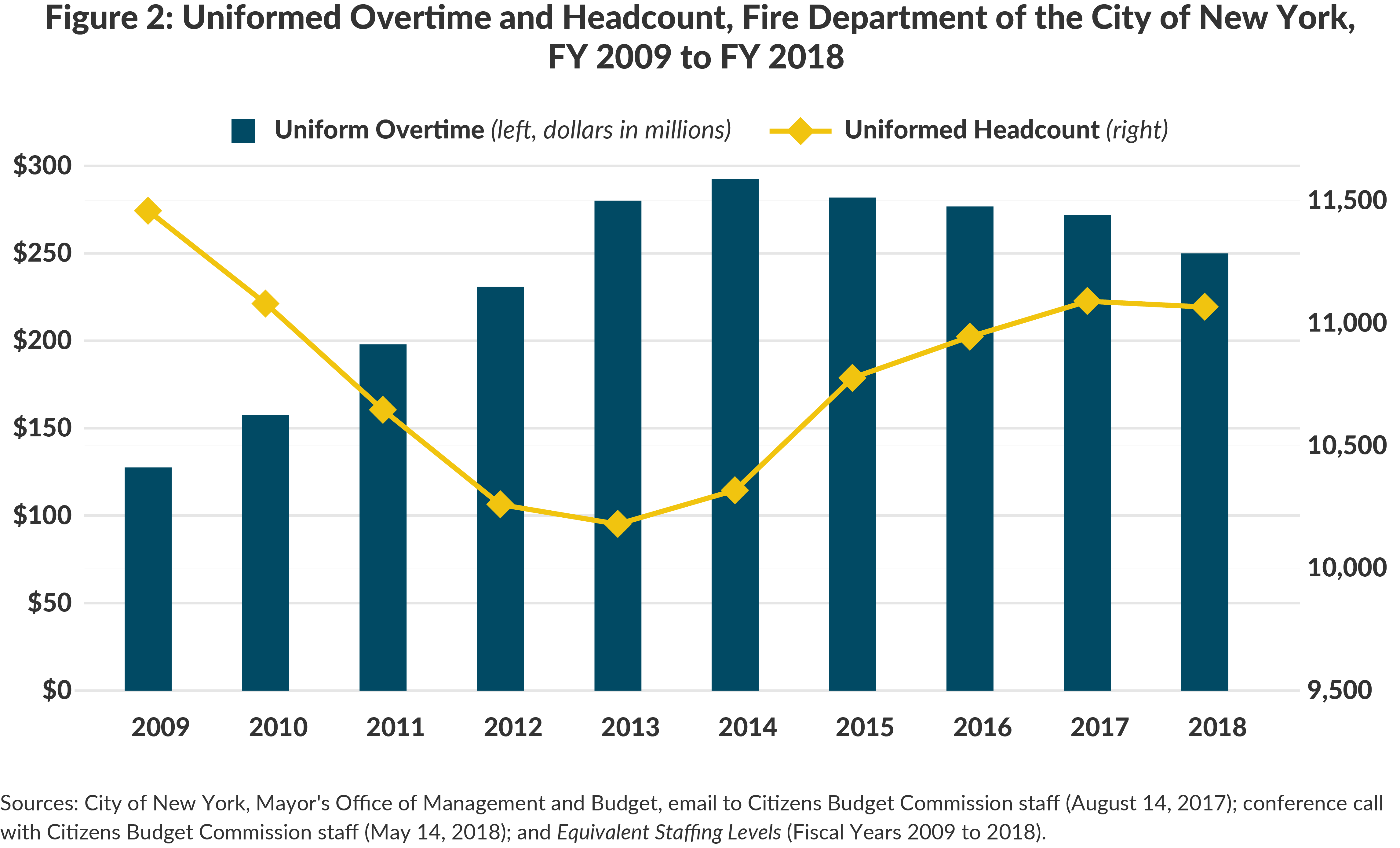 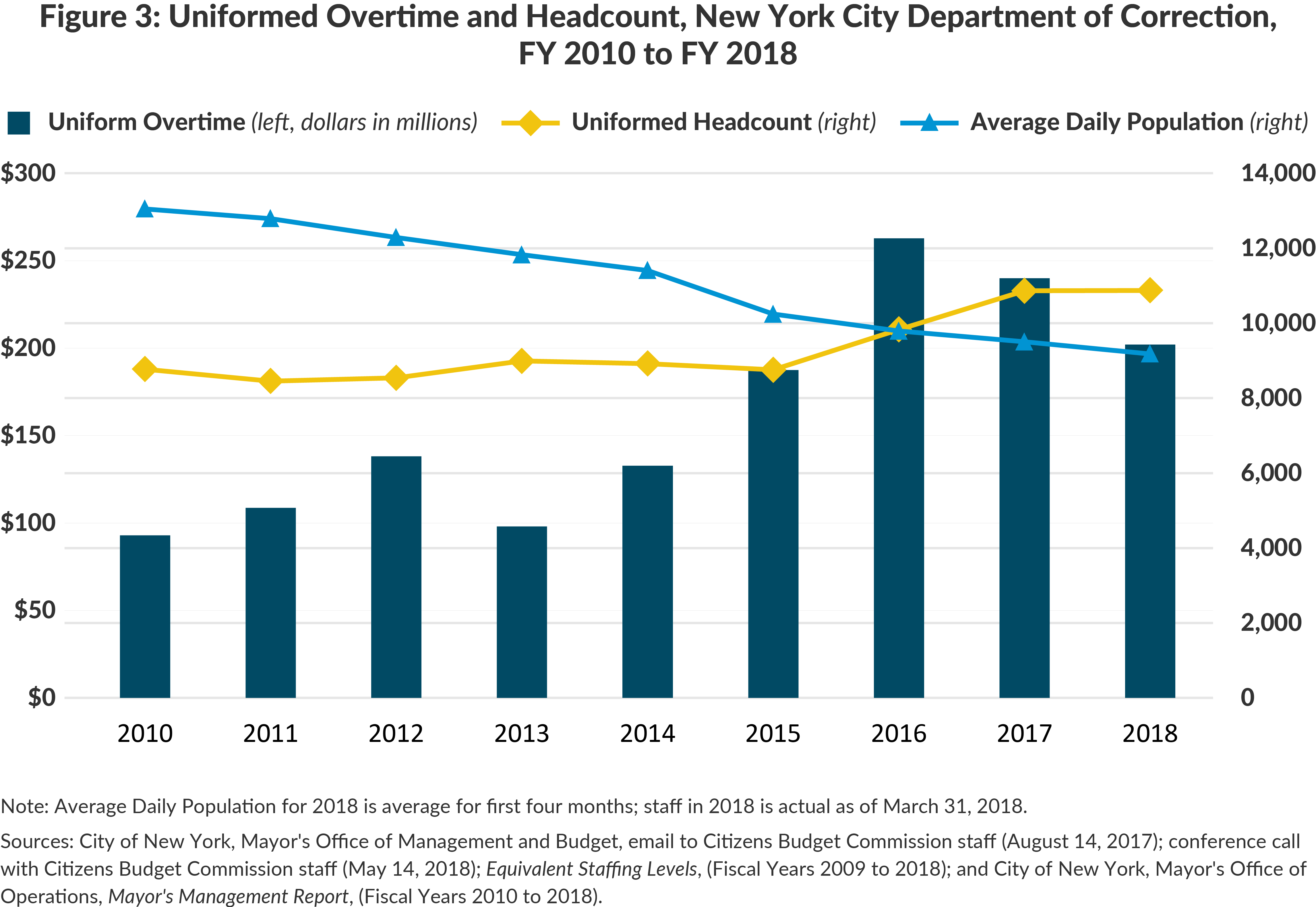 Vacancies are no longer a systemic cause of overtime at the FDNY or DOC.  Headcount has increased at both agencies and exceeds budgeted levels at the end of fiscal year 2017.7 Absenteeism, on the other hand, appears to have a significant impact on overtime. The absence rate for sick leave and line-of-duty injury leave increased for the FDNY and DOC from 2014 through 2017. (See Figure 4.)  In the first four months of 2018 the FDNY rate has held steady at more than 7 percent while the DOC rate dipped.  Nonetheless, both departments have absence rates far above the uniformed and citywide averages, which may partly explain why overtime controls fall short despite increased staffing levels. 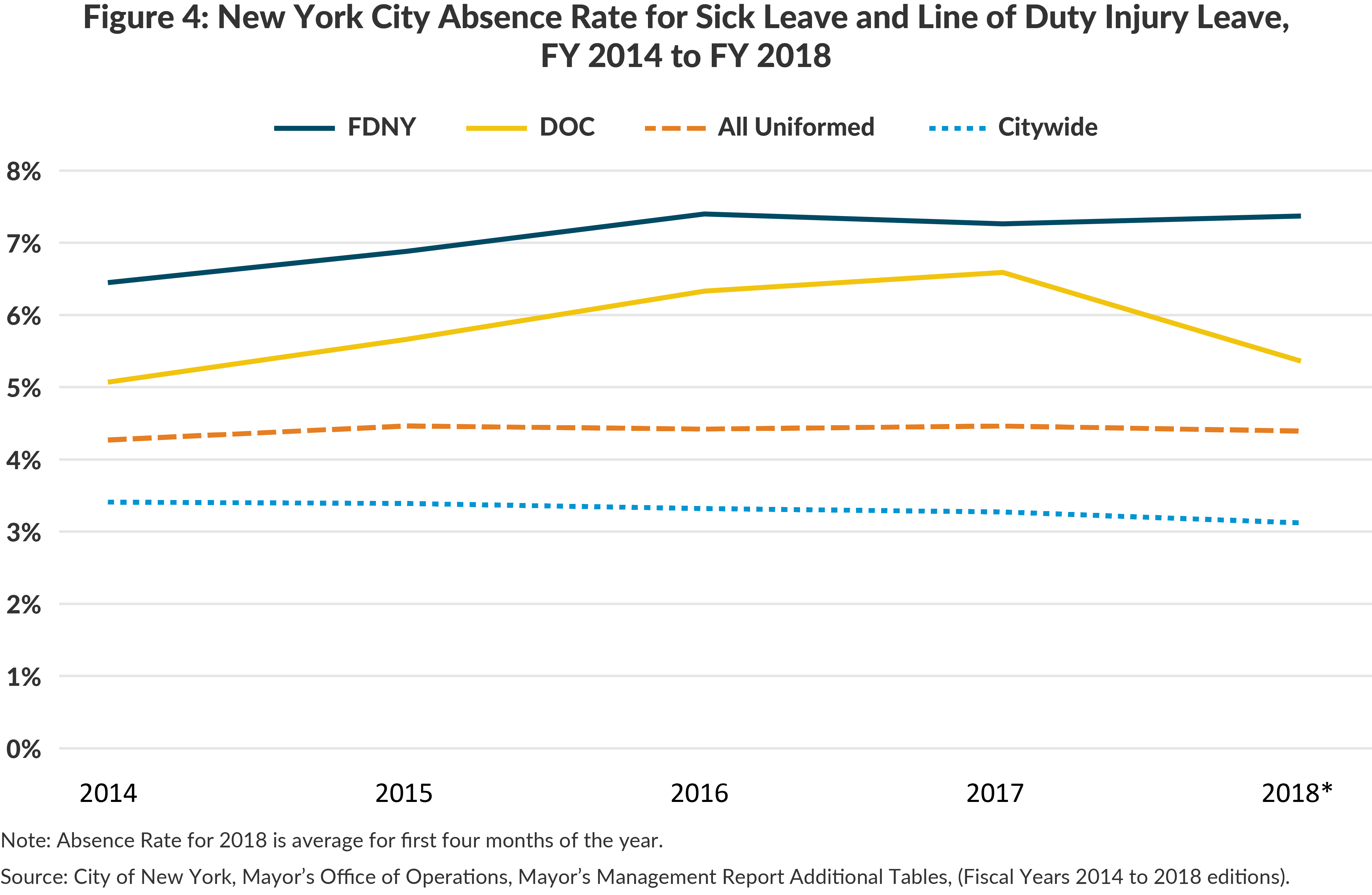 Uniformed overtime remains a substantial cost at the FDNY and DOC, and labor and management must come to the table to develop better strategies to control these costs.  The answer is not simply hiring more uniformed employees. Currently both agencies are staffed at budgeted levels, but overtime levels have exceeded budget projections.  The high rate of absenteeism is a contributing factor that should be tackled with a comprehensive strategy and changes to the sick leave policy, which currently grants unlimited sick time to uniformed employees.  Most importantly, as described in Overboard on OT, work rule changes will need to be negotiated in the next round of labor contracts to address the root causes of excessive overtime.