When the Smoke Clears

Despite Continued Economic Strength, NYC Spent More Than It Received in 2019

In announcing the terms of the New York City Adopted Budget for Fiscal Year 2020, Mayor Bill de Blasio and City Council Speaker Corey Johnson noted that strong revenue growth has supported increased annual spending. What they did not point out was that the City’s spending obligations in fiscal year 2019 were $255 million greater than the revenues collected.[1]

How is this possible when State law and the City Charter require balanced budgets?

Each year, the City prepays some of the following fiscal year’s expenses—what budget wonks call the “surplus roll.” Unused resources that accumulate during a fiscal year—the result of higher than anticipated revenues or lower than anticipated spending—are used to “prepay” bills that otherwise would be due in the following year, essentially “rolling” resources across fiscal years. Accounting rules allow this and it makes balancing the latter year’s City budget easier by reducing spending needs.2 Think about how paying January’s mortgage a month early in December because you have the extra cash makes next year easier on the pocketbook, even though it really does not change your obligations. 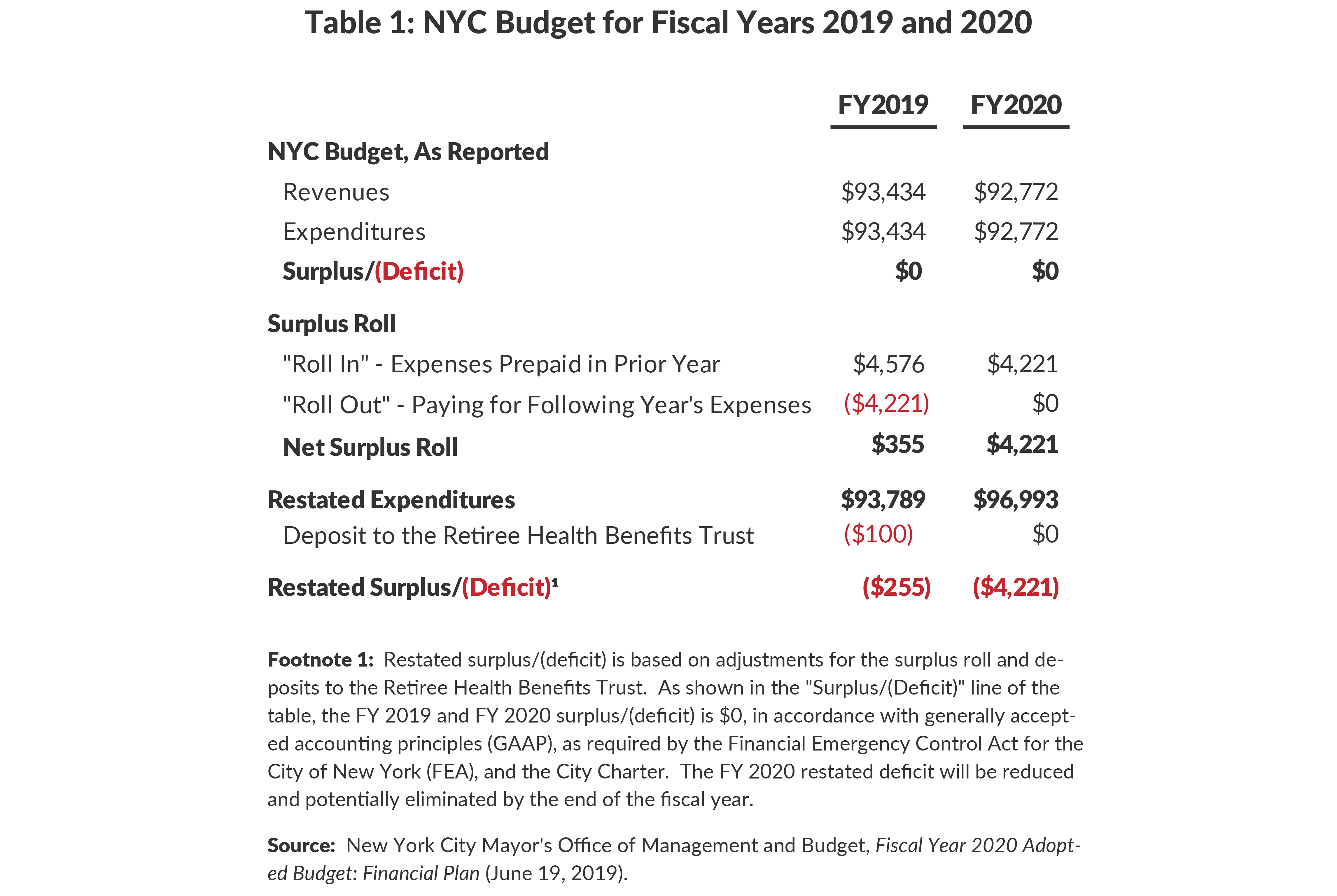 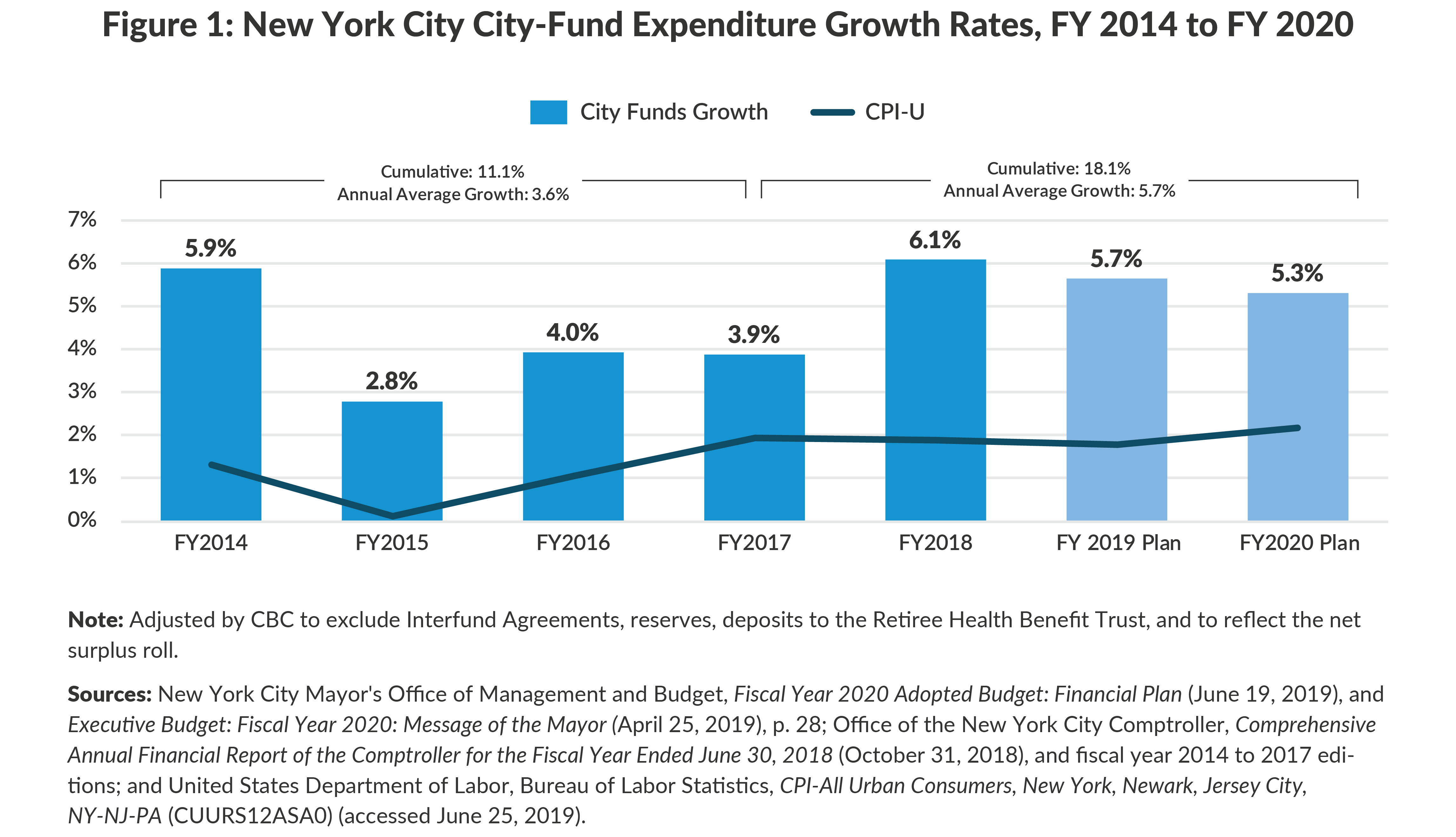