Hello, and thank you for the opportunity to submit testimony today. I am David Friedfel, Director of State Studies for the Citizens Budget Commission (CBC). CBC is a nonprofit, nonpartisan think tank, dedicated to achieving constructive change in the finances and services of New York City and New York State government. Due to education’s vital role for New York, now and in the future, CBC has long supported achieving a sound basic education for all students as required by the State Constitution.

2. State aid distributed through the Foundation Aid formula does not accurately reflect local wealth or financial support provided by local taxpayers. The Foundation Aid formula is undermined by use of inconsistent local share calculations, arbitrary adjustments, and outdated data.2 Particularly problematic is the use of six different ways by which to calculate the local contribution, none of which account for what districts actually contribute.3  For example, the wealthiest decile of districts averages spending in excess of $33,000 per student, and yet appears to be underfunded by $67 million due to the shortcomings of the formula.

3. Total education funding has increased significantly since Foundation Aid was created. Between school year 2006-2007 and school year 2016-2017, revenues to school districts increased by $20 billion, or 40 percent. State education aid increased 30 percent, or $6.5 billion, and local revenues increased 54 percent, or $13.3 billion, including a 99 percent increase in local revenues in New York City. The increases in State aid were concentrated in the least wealthy districts, while local aid increased relatively evenly outside of New York City.  Federal aid growth was more variable, but it represents a comparatively small share of school district revenues.  During this time period, inflation was approximately 20 percent.4 (See Table 1.)

On a per pupil basis, State aid increased 32 percent and local revenues increased 56 percent between school years 2006-2007 and 2016-2017. For this period State aid per pupil in New York City increased only 20 percent, equal to inflation, while local aid increased 80 percent.5 (See Table 2.)

The Governor’s Executive Budget would increase state aid by $956 million, including an increase of $338 million in Foundation Aid. The data show that less than $200 million is needed to fund a sound basic education statewide. Given recent financial news, the State should target any increase in aid to those districts that need it most.

This concludes my testimony, and I would be happy to answer any questions from the Committee. 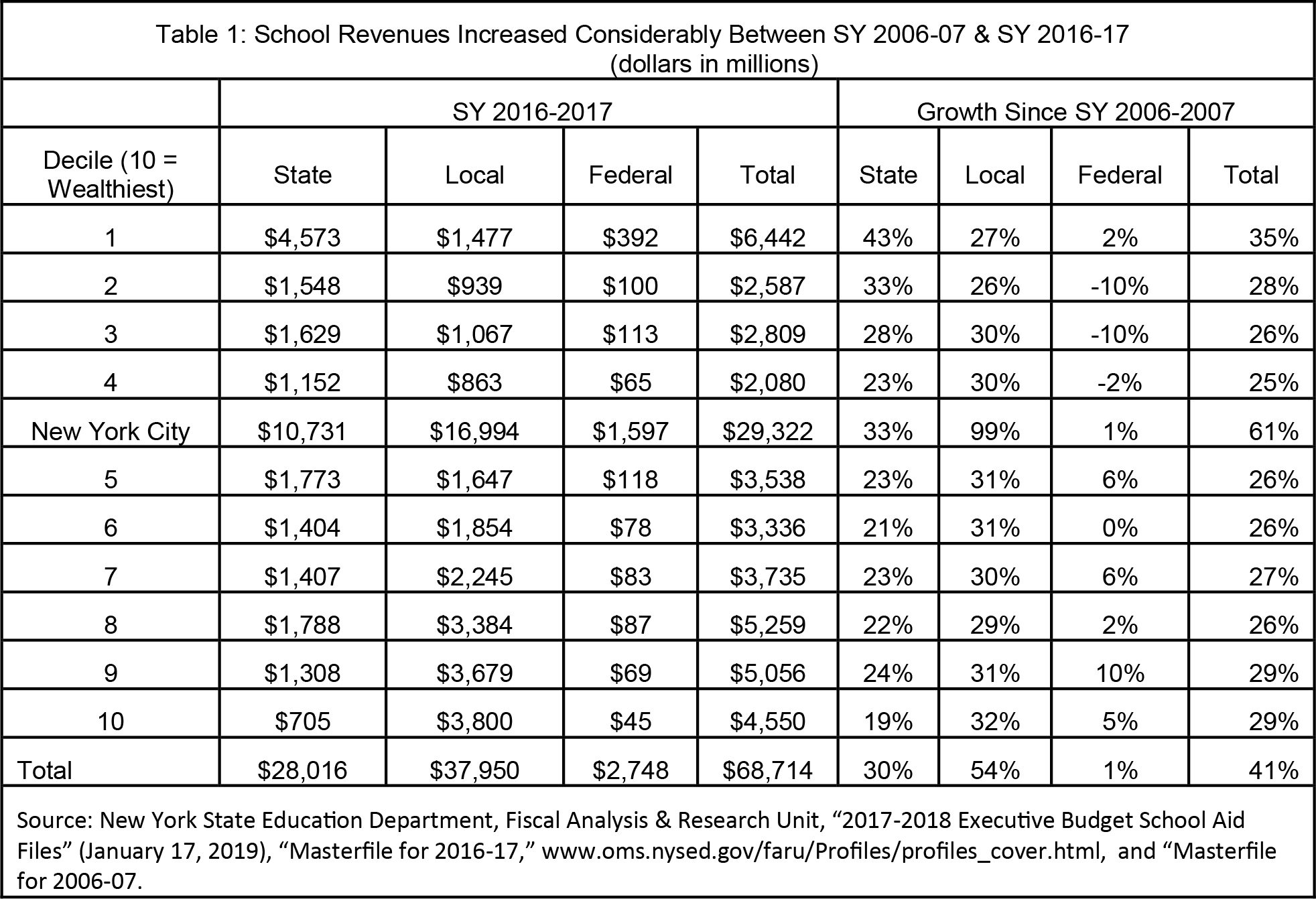 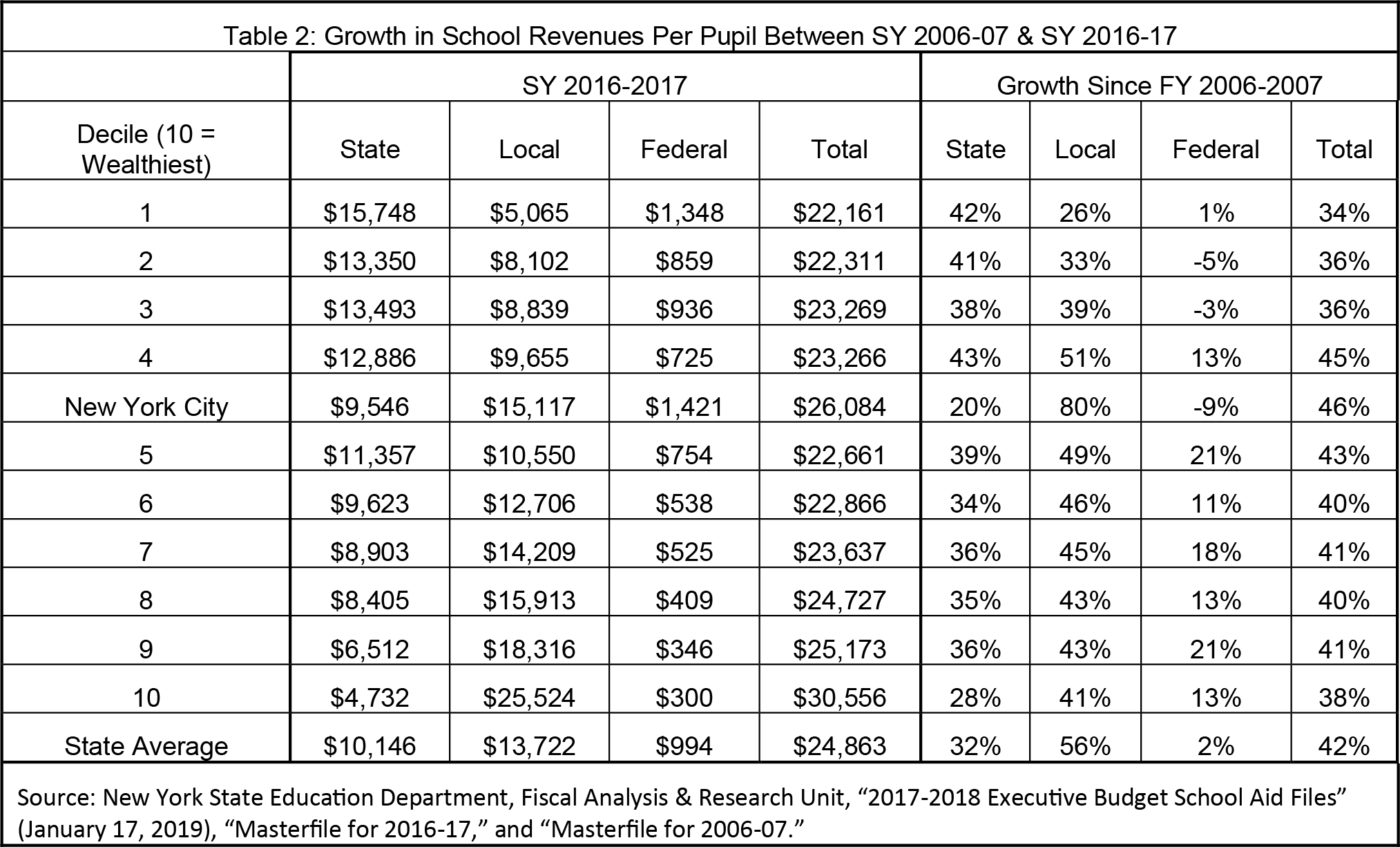 This analysis uses data included in the School Year 2020 Executive Budget School Aid Run and the 2016-17 Masterfile. These data are the best publicly available data that detail the calculations utilized in determining the costs of a sound basic education and State aid in every school district in the state. More detailed data and information used by the State has been requested under the Freedom of Information Law. The basic methodology employed in this analysis compares the total costs of a sound basic education to total revenues received by a school district.