The State Legislature has introduced 8 new bills to enhance the benefits of State and local public employees and retirees. These bills have been added to the Benefit Sweeteners Scorecard, which captures more than 60 additional bills introduced to date. 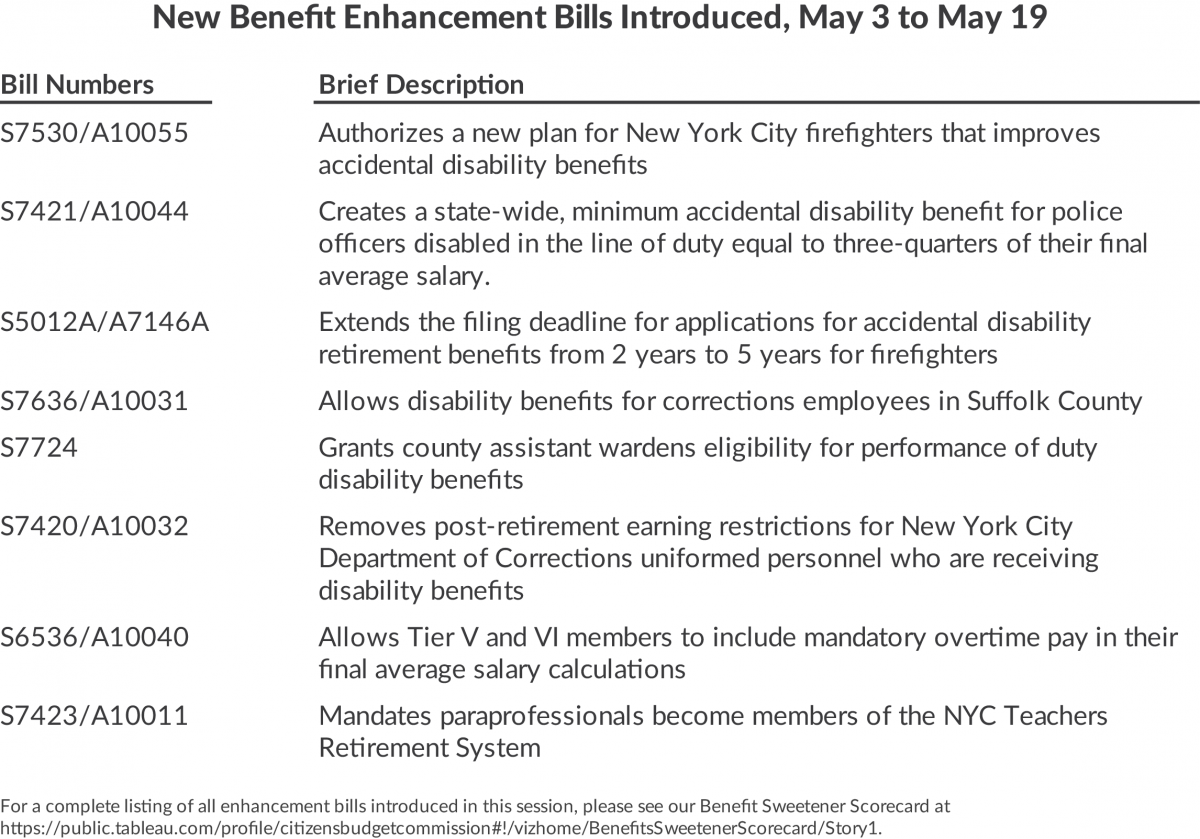 Two bills are worth highlighting. The first, S7530/A10055, is based on an agreement between the City of New York and the Uniformed Firefighters Association to improve disability benefits for firefighters hired after pension changes (new “tiers”) implemented in 2009 and 2012. The bill would provide an optional plan to increase from 50 to 75 percent the share of final average salary (FAS) upon which a pension is calculated. FAS would be based on five years of earnings and the offset for social security benefits would be eliminated. Employees opting in to the plan would pay an additional 3 percent of salary to fund the benefit, and the costs to the City would be $4.7 million in 2017 growing to $8.3 million in 2021. These estimates do not capture costs from authorizing this plan for other uniformed city employees.

S7421/A10044 is a wide-ranging, costly proposal for all police officers statewide that would increase accidental disability benefits to 75 percent of FAS and restore many presumptions of on-the-job injury. This proposal increases the incentive to claim disability benefits and would increase New York City pension contributions by $27 million in 2017, growing to $40 million in 2021. (It is unclear what the costs of this bill would be to the State and other local governments.) Employees would not make any additional contribution to fund the benefit.

To read more about other benefit enhancements proposed in the Legislature this session, see our blog post.