The information economy relies on workers with specialized knowledge and expertise that often require high levels of education. Cities compete for a talented workforce, and businesses base their location decisions on the ability to recruit qualified candidates. To assess the New York City metropolitan area’s competitiveness in attracting, cultivating, and retaining talent, the Citizens Budget Commission has compiled the second edition of its Competitiveness Scorecard.

The Scorecard assesses the relative performance of the New York City metro area against 14 of the largest domestic metro areas on a comprehensive set of quantitative indicators. The indicators are grouped into three categories: Demographics, which captures the presence and net in-migration of the highly educated; Human Capital, which focuses on educational, employment and entrepreneurship opportunities; and Quality of Life, which focuses on public services and amenities that make an area attractive to potential residents.

The Scorecard shows New York City metro continues to be an attractive location: its size, safety, public transit network, education and employment opportunities, cultural amenities, and entertainment options are competitive advantages. The metro region has also made strides in entrepreneurship, with increased rates of business creation and venture capital in the area.

While New York City is a highly attractive destination for businesses, residents and visitors, it is important to remember that has not always been the case. To maintain a competitive position, it must have an economic development strategy that focuses on human capital and address weaknesses in quality of life.

By Maria Doulis and Riley Edwards 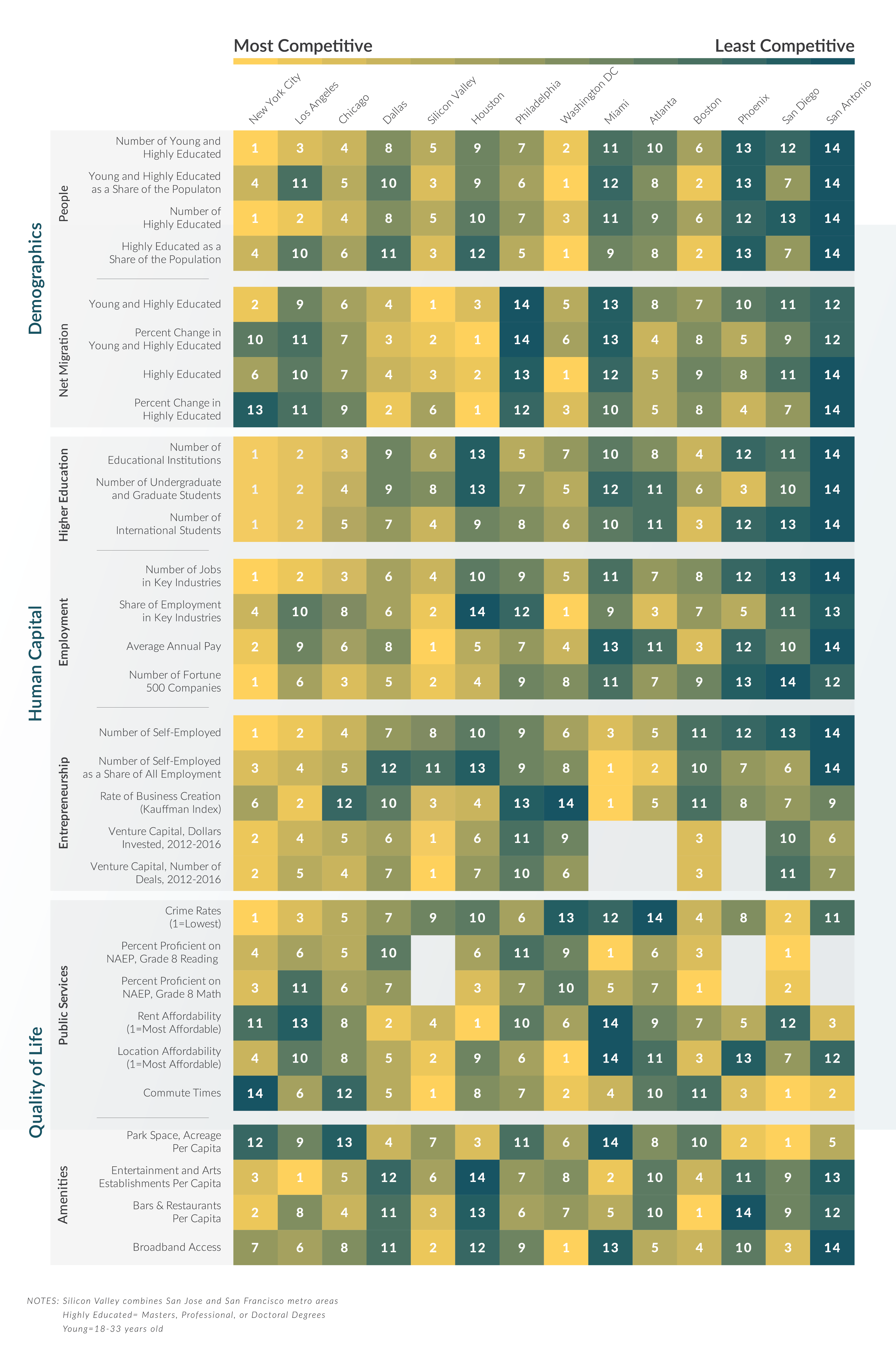