The fiscal year 2016 state budget enacted last week includes a 6.0 percent increase in annual formula-based aid to school districts from $21.8 billion to $23.1 billion. This is the third consecutive year in which the Governor and the legislature have busted the statutory growth cap they agreed upon in 2011. Under the cap, which is based on lagged annual personal income growth, school aid should have expanded $377 million; instead, it will grow $1.3 billion. This large infusion of resources, which further solidifies the State’s position as the top spender on K-12 public education in the nation, is not targeted to the neediest districts and perpetuates disparities in spending.1

Nearly half of the $1.3 billion school aid increase is allocated through restorations to the Gap Elimination Adjustment (GEA), the mechanism used to apply progressive cuts in school year 2010-11. Because the GEA was targeted to fall more heavily on wealthier districts, the $603 million restoration steers funding to them. Another one-fifth of the increase flows through expense-based reimbursement formulas, which also favor wealthier, higher-spending districts. (See Table 1.) Only one-third of the increase is distributed through Foundation Aid, New York’s primary mechanism for addressing resource disparities among districts. 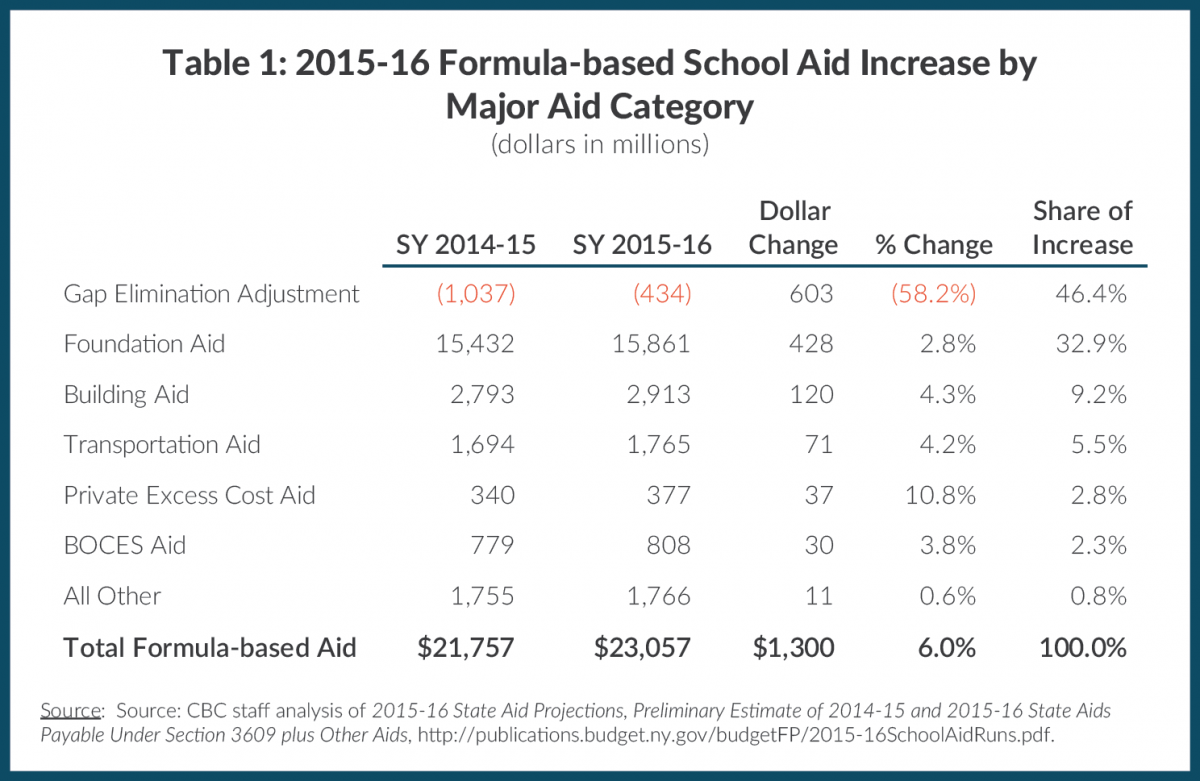 In addition to the $1.3 billion increase in formula-based aid, the adopted budget includes $75 million for grants to “persistently failing schools,” $30 million in “bullet aid” to be allocated by resolutions approved in the Senate and the Assembly, and $8 million in line item grants for specific school districts, including $2 million for Yonkers and $1.5 million for New York City.<2

Beside differences over the size of the aid increase, the debate among elected leaders on school aid this year focused almost exclusively on Governor Andrew Cuomo’s proposals to change teacher evaluations, New York’s approach to failing schools, and other education reforms. The Legislature did not address long-standing problems with the distribution of school aid, such as hold harmless provisions and generous reimbursements for school transportation and construction expenses that misdirect aid. These fundamental issues with the aid formulas should be addressed in the coming year. 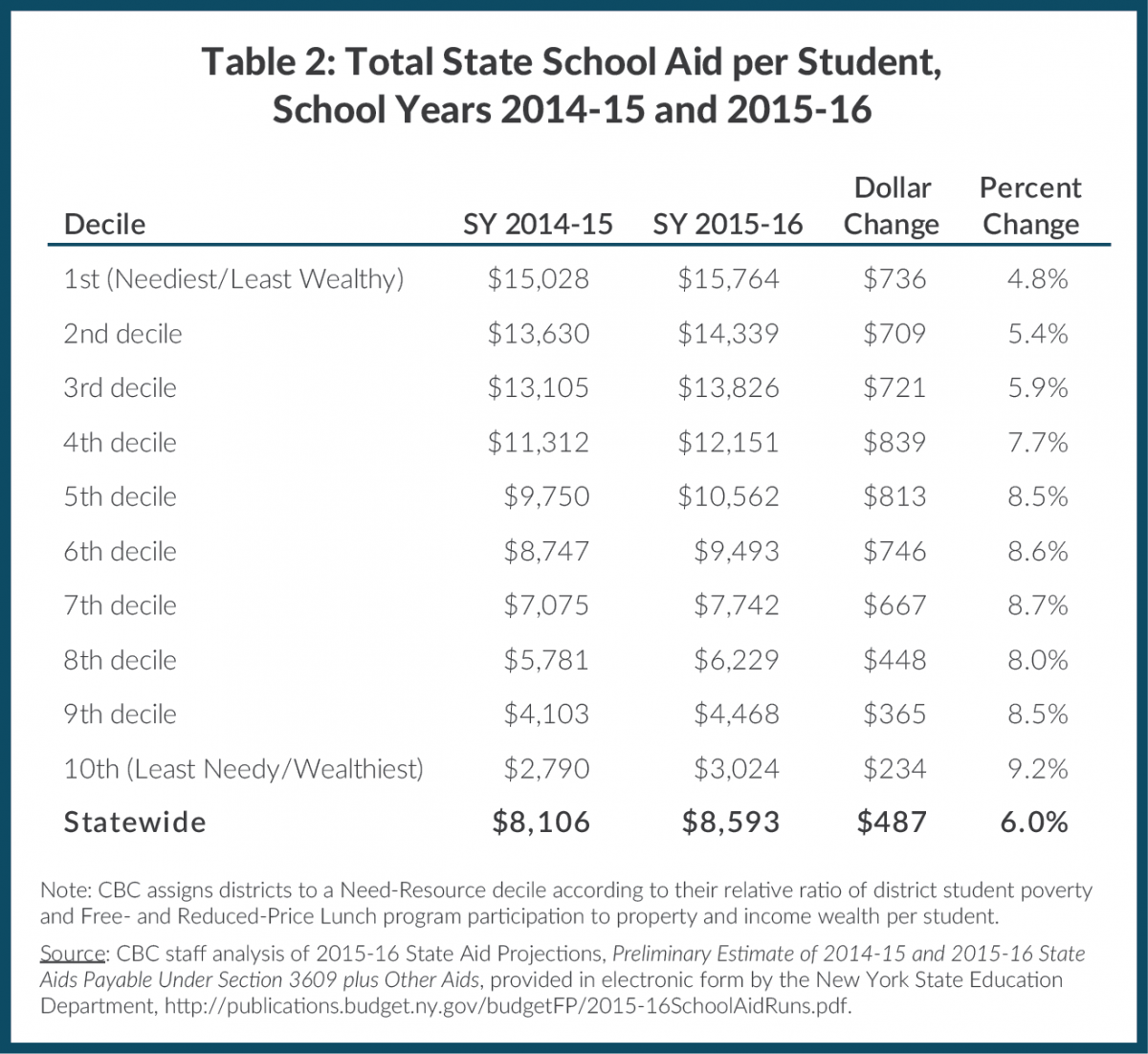