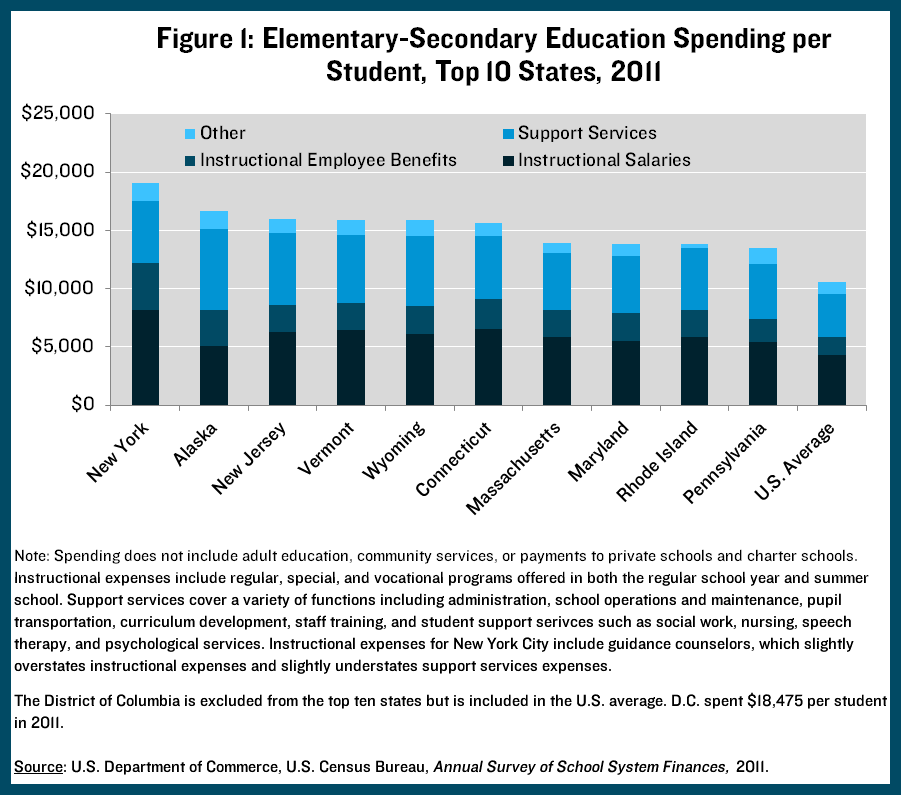 New York spent $5,401 per pupil on support services, 28% of total spending. This includes a variety of functions such as guidance counselors, pupil transportation, and building operations. The U.S. average is 35%, and among the other top 10 spending states the average is 37%.

Although New York’s statewide average per pupil spending is unusually high, and almost all of New York’s 684 school districts spent more than the national average, significant variation can be seen among districts and regionally. Among regions Long Island is the biggest spender with an average per pupil total of $21,593, including $9,830 for instructional salaries and $3,699 for instructional employee fringe benefits. (See Figure 2.) In the Hudson Valley spending per pupil averaged $20,839. Spending $19,770 per student and comprising 37% of the state’s enrollment, New York City also drives the state average upward. Notably, New York City spent $4,919 per student on fringe benefits for instructional staff, a figure among the highest in the state in part because the vast majority of City employees do not contribute toward the cost of their health insurance. Regions upstate spent less per pupil, ranging from $15,639 in Western New York, the lowest average, to $16,876 in the Southern Tier.

Although New York spends generously in the aggregate on its public schools, some districts in the state spend significantly less than others. Differences exist in total per pupil spending and in the allocation of those dollars among categories of spending including instructional salaries and benefits and support services. 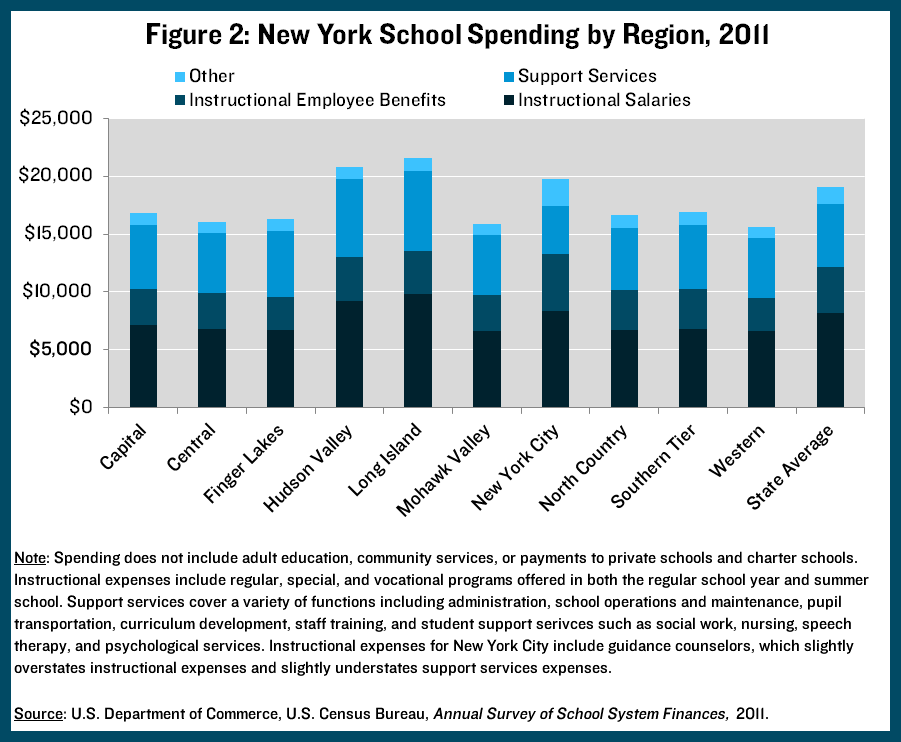