Today, the U.S. Census Bureau released new figures on public retirement systems.[1]   A quick look at the data underscores why New York’s pension system is costly, how it is out of line with others and why reform is needed.

The Governor has a proposal to modernize the system that would increase the contributions required of public employees, who would be required to contribute between 3 to 6 percent, rising according to salary, toward the cost of their pensions.  The proposal also includes a “risk/reward” provision that would reduce employee contributions if investment earnings are flush and increase the required contributions if the level of contribution required by employers exceeds a certain rate.  The change would bring New York’s revenues closer to that of other state pension systems and is an important part of the pension reform proposal. 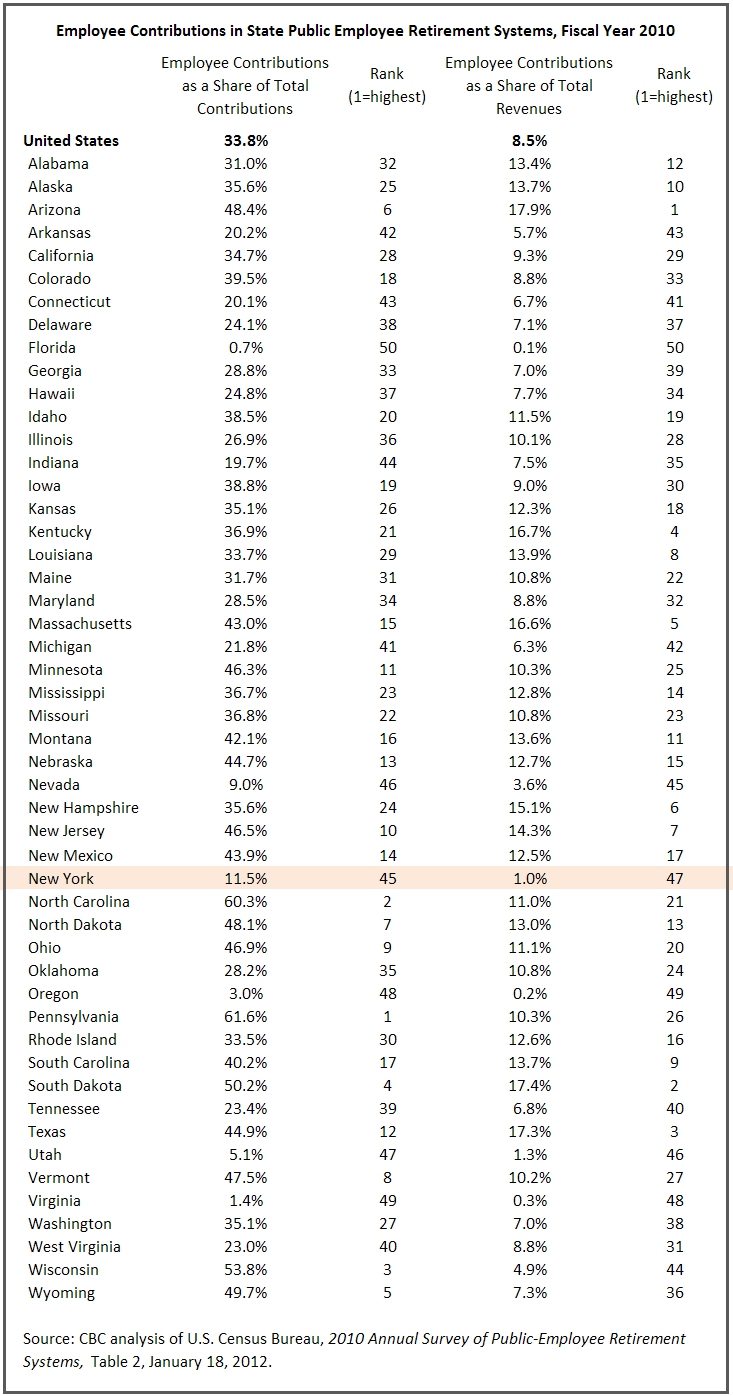