As the New York City budget for fiscal year 2015 nears adoption, the City Council is negotiating with the Mayor to secure funding for its priorities, such as universal school lunches, legal services for evictees, and increased support for public libraries.  One of the more expensive Council initiatives, at an estimated cost of almost $100 million annually,[1] is the hiring of 1,000 new police officers to increase staffing at police precincts.

In order to determine whether this initiative makes sense, it is useful to answer three questions:

Is the police department understaffed by 1,000 officers? 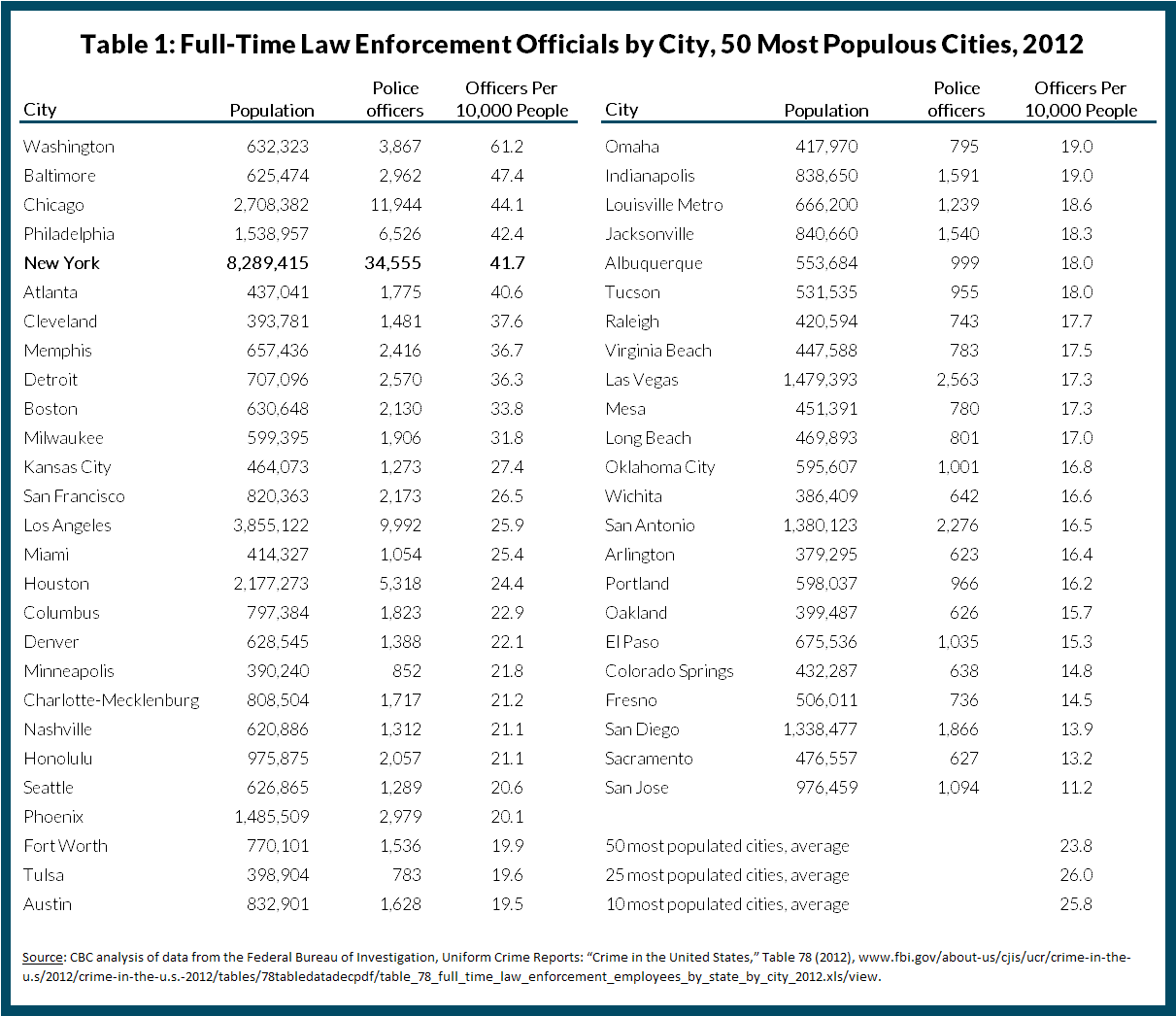 Will hiring more officers save money by reducing overtime expenditures?

It is possible that hiring new police officers will reduce overtime expenditures: patrol hours can be covered by the new officers during their regular shifts instead of by officers working overtime at 1.5 times the hourly wage rate.  But if the new officers are assigned to patrol duty in higher crime precincts and not to provide security at events, such as parades, for which overtime is now scheduled, then they will not save money and may even increase overtime costs due to increased arrests. New hiring will not assure a reduction in overtime expenditures without an accompanying revision of overtime protocols.

Is there a more cost-effective way to increase patrol presence?

Moreover, it is possible the responsibilities of these officers can be absorbed by current civilian personnel.  Among police departments in the 50 most populous cities, the NYPD ranks first in the ratio of civilian employees to residents: 17.8 per 10,000 residents, more than double the 50-city average ratio of 6.6.[6] This suggests that savings are possible through administrative efficiencies and that many of the 730 officers on administrative duty could be reassigned to precincts without any additional hiring.

In sum, the answers to the three questions appear to be: No, Unclear, and Yes. If these responses are valid, then the case for adding 1,000 officers is weak; negotiations should instead be focused on ways to control overtime, moving officers performing civilian roles to patrol and administrative restructuring within the department.