The Citizens Budget Commission (CBC) enlisted the National Research Center (NRC) to conduct a citywide resident survey in January 2017 to gauge satisfaction with municipal services and quality of life in New York City. The CBC survey was mailed to a random sample of 72,000 households, of which 9,800 adults, or 13 percent, responded.

Overall, the citywide results revealed most New Yorkers are satisfied with their neighborhoods, but less satisfied with the overall quality of life in the city: 63 percent of respondents citywide rate their neighborhoods as excellent or good places to live, while 51 percent rate the city positively. Ratings by borough hinted at the variation across the city, with Manhattan residents most satisfied overall and Bronx residents least satisfied overall.

The community district results, presented below, paint a picture of substantial variation in resident satisfaction with services and quality of life across neighborhoods in New York City.

The number of satisfied and dissatisfied community districts is presented in the table below.

A majority of the city's 59 community districts are satisfied on 25 of the 45 indicators on the survey.  On three indicators-- feeling safe in a park or playground during the day, feeling safe riding a subway during the day, and satisfaction with city efforts to protect the city from a terrorist attack-- a majority of residents were satisfied in all 59 community districts.

On 20 of the 45 indicators, a majority of community districts were dissatisfied. There were five indicators on which there was universal dissatisfation: city spends tax dollars wisely, traffic, services protecting at-risk children, public housing, and services for homeless people. 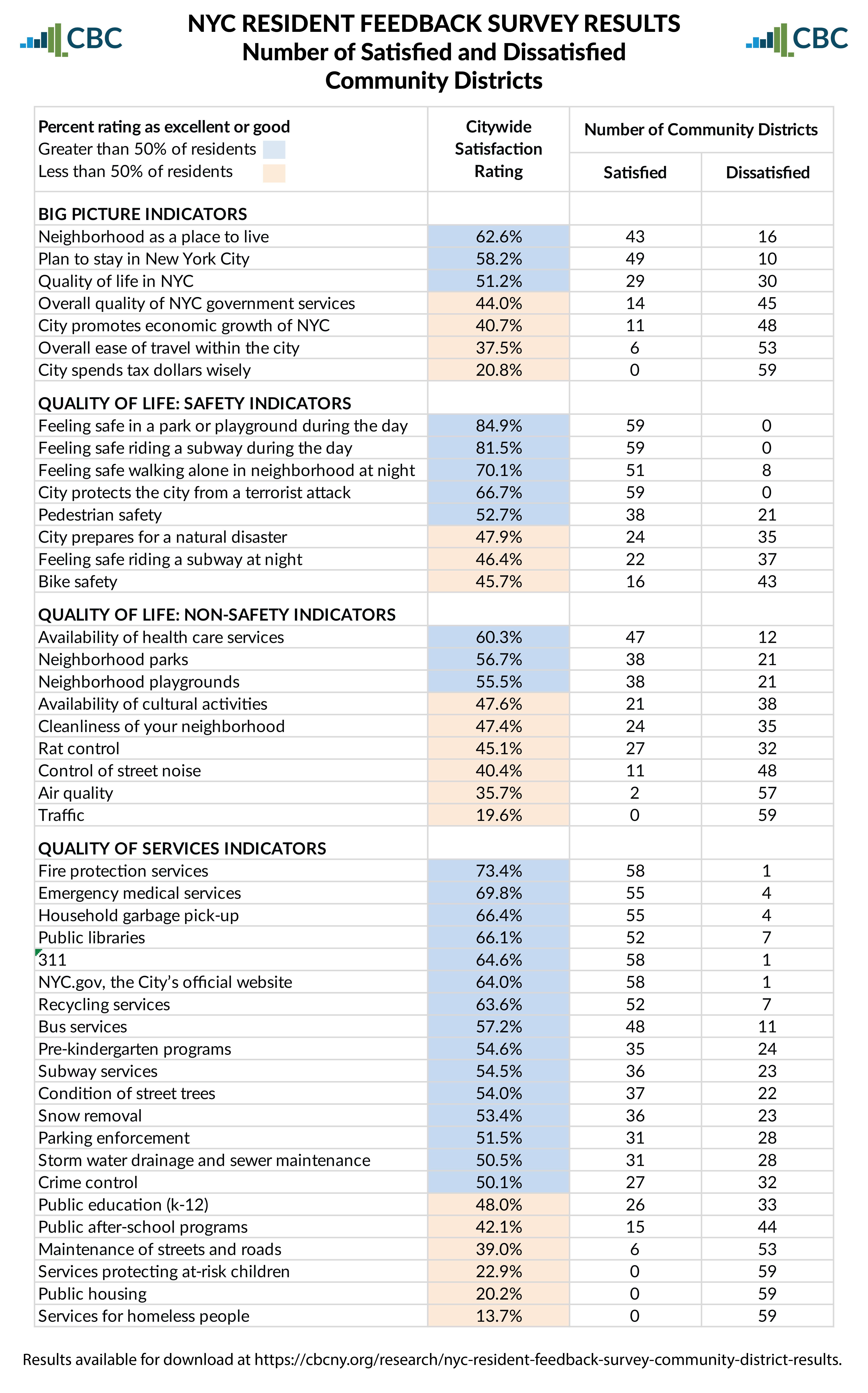 The results also reveal a substantial "satisfaction gap," the difference between the community districts with the highest and lowest ratings on each indicator.

The satisfaction gap is also very wide on ratings for neighborhood as a place to live: 92.2 percent of residents in Manhattan Community District 7 (Upper West Side) are satisfied versus only 24.1 percent in Bronx Community District 1 (Melrose/Mott Haven), a gap of 68.1 percent.  Other important indicators with similarly wide gaps include feeling safe walking alone in your neighborhood at night (gap of 63.6 percent), crime control (gap of 63.4 percent), and quality of life in New York City overall (gap of 50.3 percent). 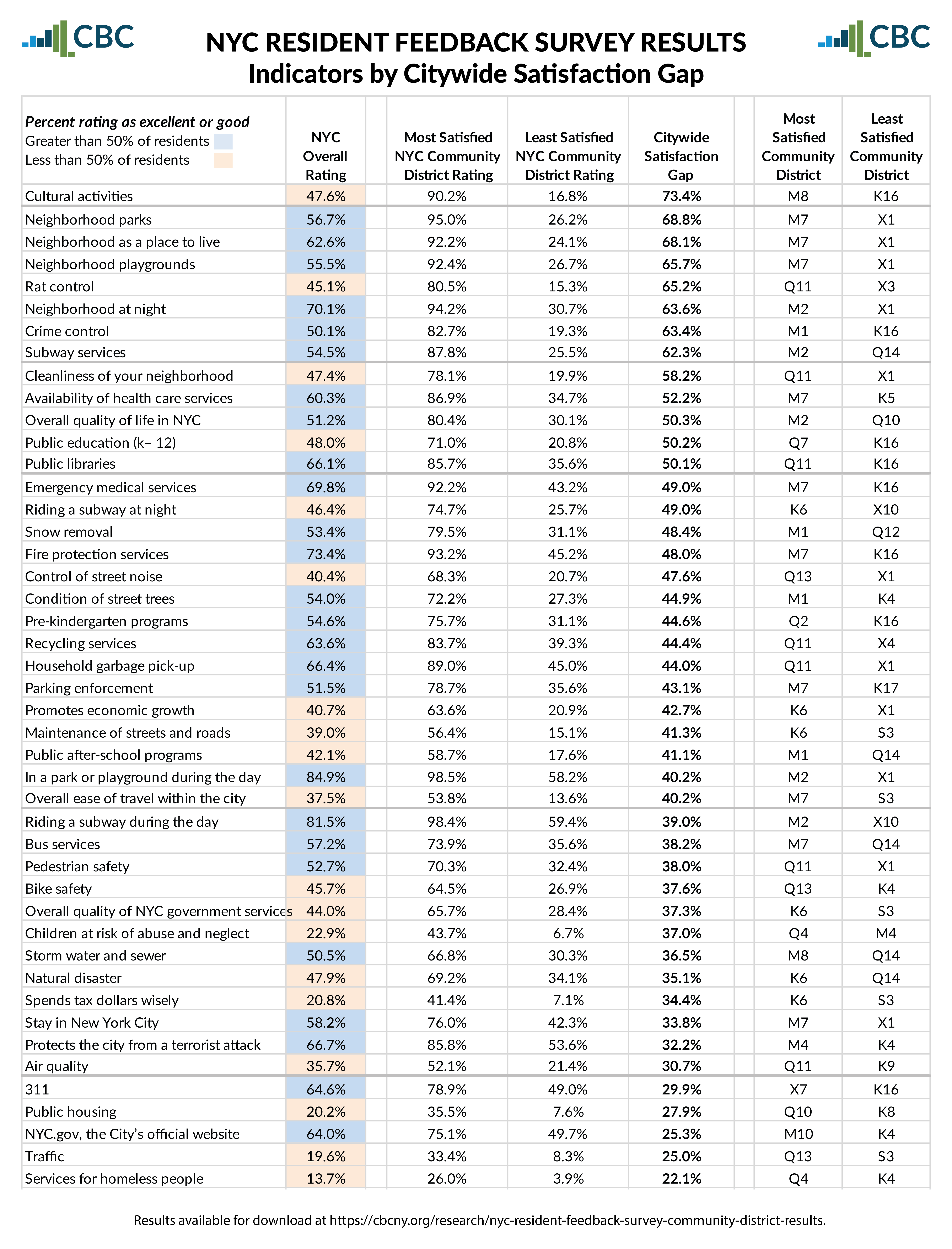 Results for each community district on each indicator are available for download below. If you would like to request the data in a machine-readable format, please contact Maria Doulis.

For more information about the survey methodology, download the full report.