The summary results of the "NYC Resident Feedback Survey” gauging New York City residents’ satisfaction with municipal services and the quality of life in their neighborhoods and citywide are presented below.

The Citizens Budget Commission (CBC) has long advocated for regular citywide surveys as an integral tool of performance measurement and budgeting. CBC enlisted the National Research Center (NRC) to conduct a citywide resident survey in January 2017. NRC administered a nearly identical survey undertaken by the City of New York in 2008, providing a basis to assess change over time.

The CBC survey was mailed to a random sample of 72,000 households, of which 9,800 adults, or 13 percent, responded. The results, appropriately weighted for city demographic characteristics, have a margin of error of +/-1 percent citywide and up to +/- 5 percent for each borough.

The results provide guidance to city leaders on which services most need improvement. Only 44 percent of New Yorkers rate municipal services overall as excellent or good. Among services, New Yorkers are least satisfied with public education, street maintenance and traffic, and the social safety net.  Respondents most frequently cite infrastructure, safety, housing, and traffic/mobility as the most important issues requiring greater attention from City government.

The findings underscore the results of the CBC Competitiveness Scorecard, released in September 2016, which identified affordability and lengthy commutes as key weaknesses in the city’s quality of life.

The results at a glance and by borough are presented below. The full report is available for download and print below. 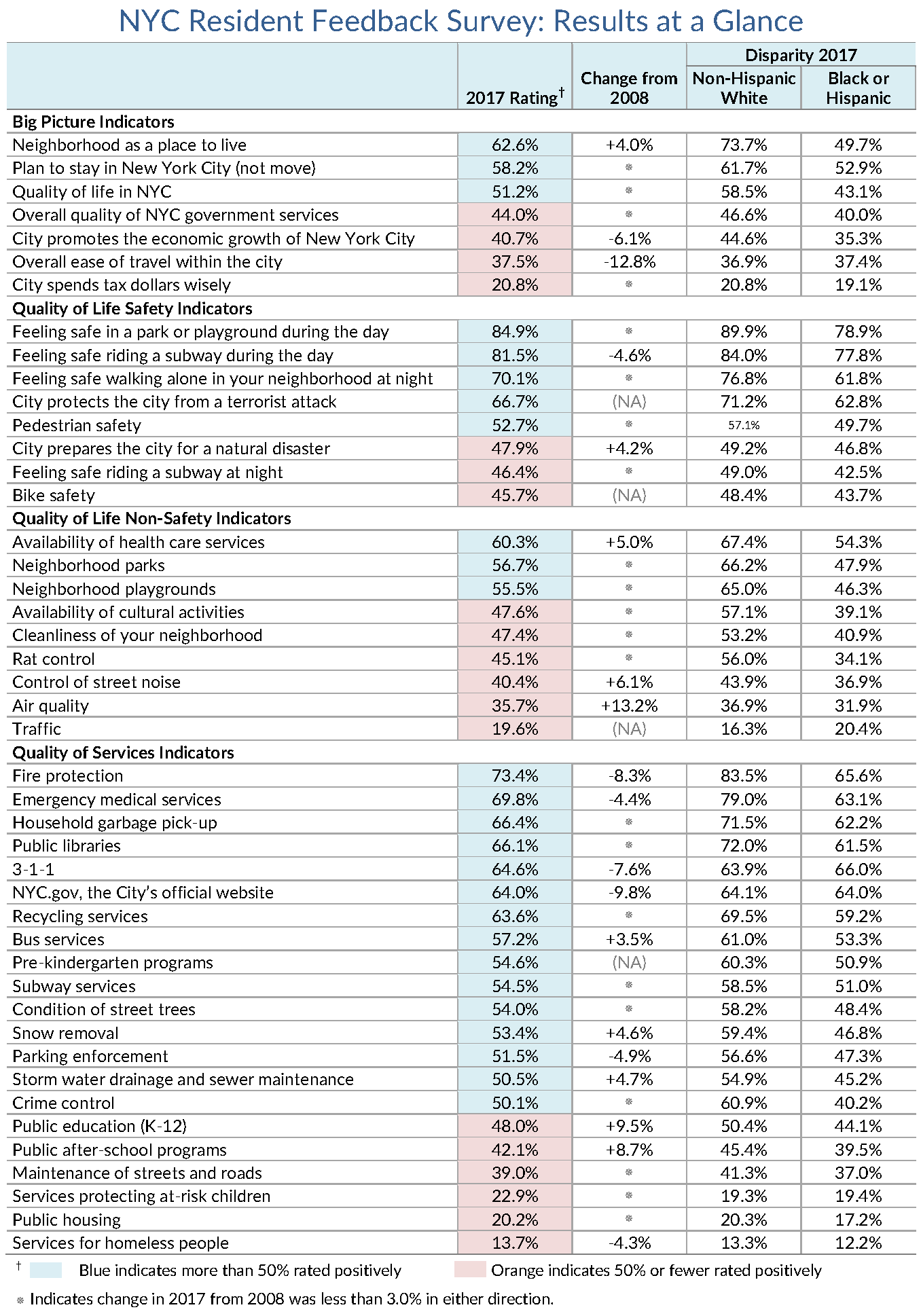 To view results for community districts in each of the boroughs, please click here.

To view most commonly identified issues requiring more attention from city government by borough and community board, please click here.